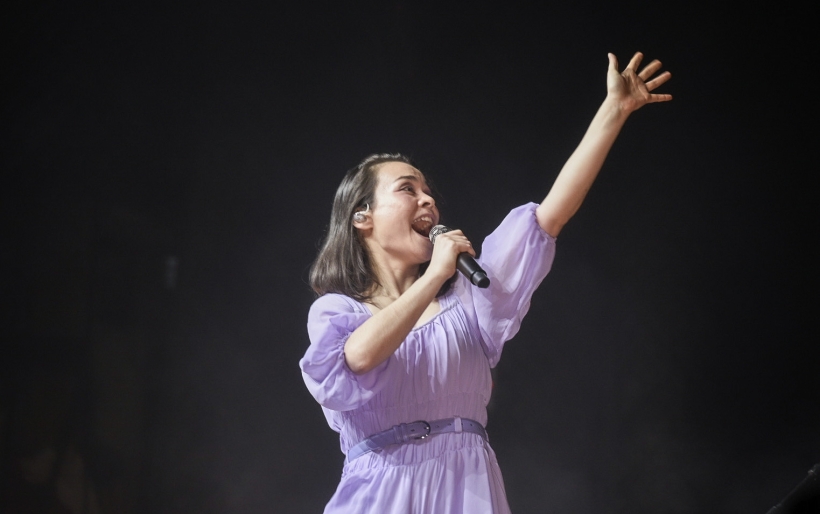 The hype surrounding Mitski is real. Her meteoric rise to fame, particularly among young people, isn’t shocking, but it can sure be overwhelming. And Mitski herself is the first to admit it; her latest LP Laurel Hell is full of heart-aching commentary on the challenges of fame, even as a result of creating art beloved by millions. Tickets for all her North American tour dates sold out fast; Franklin Music Hall was the place to be last night if you were lucky enough.

The line to get into Mitski’s sold out show last night at Franklin Music Hall stretched around Willow St to the south of the venue, and up north on 6th St past the Northern Liberties Target. Waiting in the 90 degree heat, all 2,500 of us were processed into the venue slowly but surely. To pass the time, the small group I came with swapped stories about past Mitski concerts, all at smaller clubs like PhilaMOCA or Johnny Brenda’s, and one in a basement.

I’d been in similar conversations before, about artists like Alex G or Japanese Breakfast, who grew their audiences beyond a devoted niche crowd into national exposure. For fans who’ve been there since the humble beginnings, there’s a sense of pride, not because they discovered a massively popular artist first, but because they witnessed someone they admire achieve great success. I’d wager there were many fans at Franklin Music Hall experiencing the same feeling of Mitski. 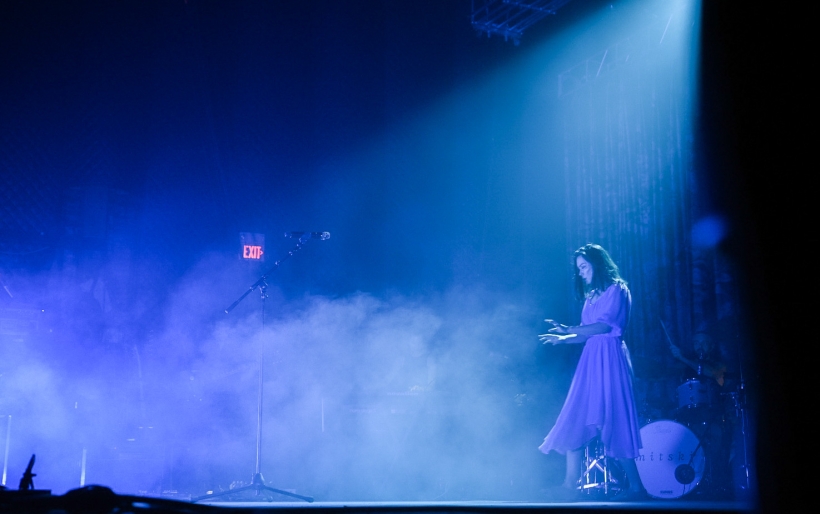 Mitski’s wild popularity came largely from the success of her critically acclaimed masterpiece Be the Cowboy, released in 2018, and her enigmatic live performances, with original choreography. With fans pressed shoulder to shoulder on the standing room floor, she started the evening with two songs from Laurel Hell, “Love Me More” and “Working for the Knife,” in which she describes the pressure to write music in the spotlight. “When I’m done singing this song / I will have to find something else / to do to keep me here,” she sang as she glided along the floor in professional jazz dance shoes.

The set ramped up for hits like “Washing Machine Heart” in which Mitski let her fans sing the words to the first verse while she danced a routine that was half robotic and angular and half spontaneous and organically flowing, and early favorites “Townie” and “Your Best American Girl,” that grapple with coming-of-age identity. The setlist was an even split of songs from her four most recent records, which cover about a decade of the artist’s life.

Mitski ended the night on a high note with the song “Happy,” the brilliant opener of 2016’s Puberty 2. The emotion is personified throughout the song, and is characterized as a welcome, but fleeting guest. “Happy came to visit me / he bought cookies on the way,” she sang. “I told him I’d do anything to have him stay with me.” Rousing applause, and ear splitting screaming, ensued.