Elizabeth King records 'Give Me Wings' a cappella, in-studio with her daughters - WXPN 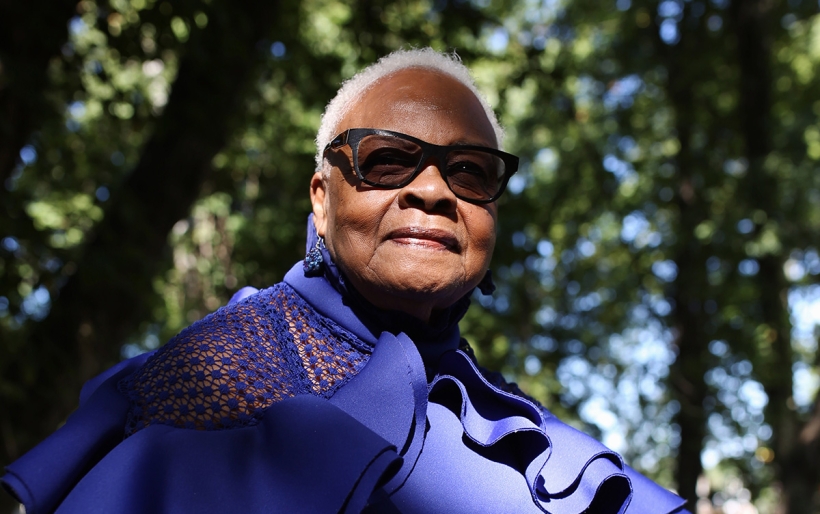 Elizabeth King records ‘Give Me Wings’ a cappella, in-studio with her daughters

Elizabeth King had her first hit, a song called “I Heard the Voice,” in Memphis in the 1970s, fronting an all-male group called The Gospel Souls.

Stepping away from her family of 15 children, she returned to music and released her first new album in over four decades, Living In The Last Days, last year. King was a guest on the Cafe, performing songs from the album and talking about her long journey back to releasing her debut album, even though she always had the calling to sing.

King recently released a new album of gospel music, called I Got A Love. She went into Studio B at Sam Phillips Recording in Memphis with her daughters, Betsy Spring, Sonjia James and Yolanda Sherrod, and recorded four songs, one of which is an a cappella live version of “Give Me Wings.” The performances were recorded by Matt Ross-Spang, produced and mixed Bruce Watson, and feature Will Sexton on guitar and bass and Will McCarley on drums and percussion.

Hear the complete performance in the audio player above, and get a look inside the studio in the videos below.