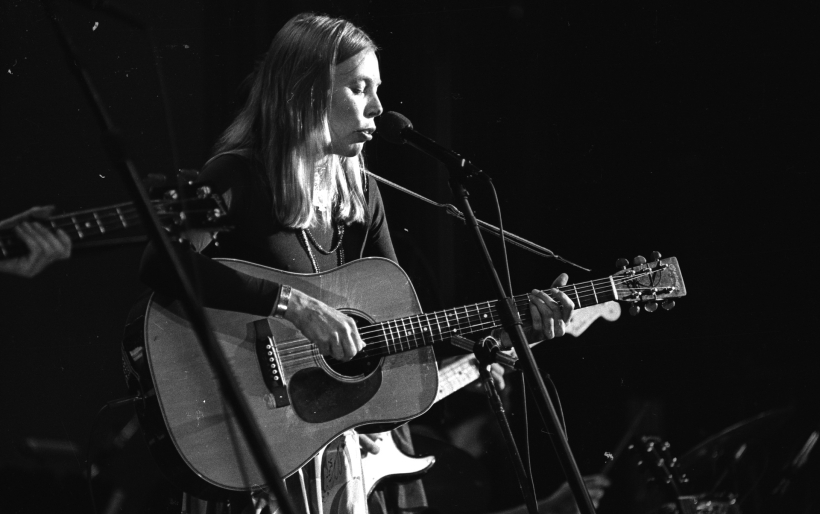 The beloved artist and confessional storyteller embraced by generations announces the latest in a series of her remastered discography.

The latest in Joni Mitchell’s archival series, The Asylum Albums (1972-1975), gives longtime fans and newcomers something more to appreciate about the iconic artist’s transitional period of a new decade. Available on September 23rd, The Asylum Albums follows Mitchell’s departure from folk in favor of jazz, and catalogs the five LPs she made with then brand-new label Asylum Records.

The announcement of the forthcoming remastered collection came days after Mitchell’s surprise performance at the Newport Folk Festival. In her first performance in nearly 7 years, Mitchell joined Brandi Carlile onstage for hits like “A Case of You” and “Both Sides Now.” Watch below as the full live orchestra sheds tears during the latter, a tune Mitchell wrote with striking precocity at 23 years old in 1966, then revisited in 2000 on a new album that bears its name.