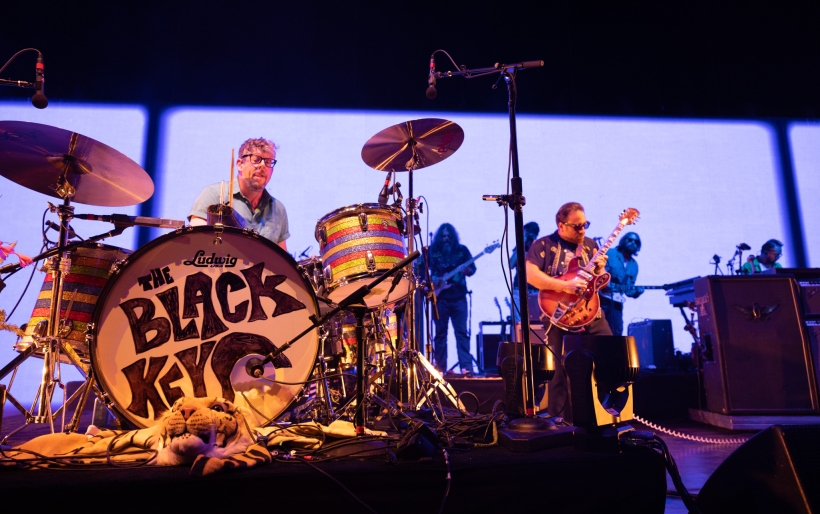 The Black Keys | photo by Avi Warren for WXPN

The Black Keys are a band that continue to serve their early blues and garage rock influences while not neglecting “the hits,” as we saw in New Jersey on Saturday night.

Fans of The Black Keys fall mostly into two musical categories: Before and After.

The “before” fans are the ones that were there at the start of the Akron, Ohio duo’s career in 2001. Guitarist Dan Auerbach and drummer Patrick Carney’s earliest days as a duo are represented by their now-classic, 8-track-recorded debut The Big Come Up, and the albums Thickfreakness, Rubber Factory, and Magic Potion, their major label debut. Influences from musicians like the North Mississippi blues musicians R.L. Burnside and Junior Kimbrough, oozed throughout their early records.

The “after” fans are the ones who discovered the Keys after the release of 2008’s Attack & Release, their first album on which they worked with an outside producer, Danger Mouse. The album reached a broader audience thanks to their single, “Strange Times,” and exposure on various multi-media including cable and video games.

Since then, the band’s broad appeal has continued to grow, as was evidenced by their high energy show on Saturday evening at the Freedom Mortgage Pavilion in Camden.  The Keys are a band that continue to serve their early blues and garage rock influences that brought Carney and Auerbach together, while evolving their craft for writing the “hits,” many of which were played on Saturday, along with songs from their recent album, Dropout Boogie, and covers of classics by the aforementioned Kimbrough and Burnside. 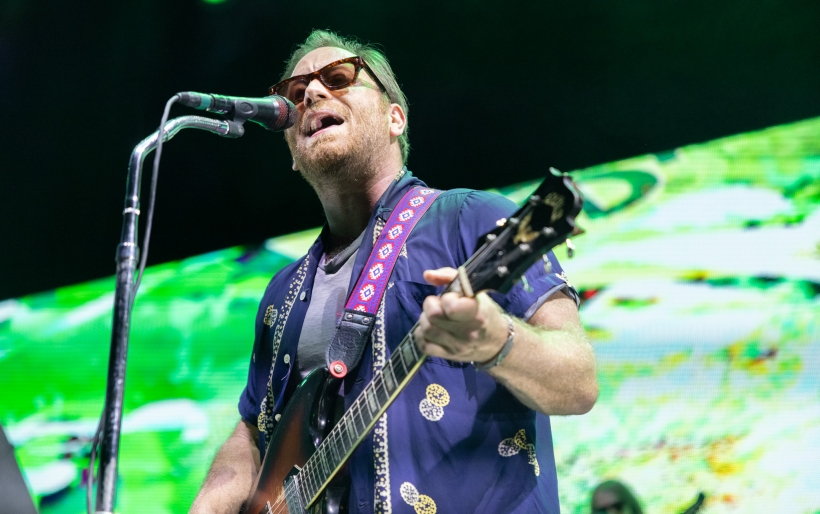 The Black Keys | photo by Avi Warren for WXPN

The Keys came out swinging, and didn’t waste time playing the songs their fans came out for. The sound was stellar, and the two founding members were backed by a four piece that nicely complemented Carney’s steady drumming and Auerbach’s incredible guitar playing.

While they blasted out of the gate with some of their best loved anthems, about eight songs in, the backing band was relieved for a string of the North Mississippi blues they love so much, and Auerbach brought out guitar legend Kenny Brown (R.L. Burnside’s guitarist) and Eric Deaton, Junior Kimbrough’s bassist. That’s when things really started cooking. Auerbach finger picked his way though some incredible guitar solos, while Brown alternated on slide, rhythm and lead.  Carney and Deaton perfectly anchored the grooves, turning the large venue into an intimate, bluesy, smokey club. That stretch was the musical highlight of the show.

Armed with plenty of great songs for the before and after fans, The Keys came to rock, and rock they did. No-frills but with plenty of thrills, The Black Keys proved why their one of the great rock bands of the 21st century.

Local Doylestown rockers, Ceramic Animal, whose new album is produced by Dan Auerbach, opened the show with an inspired five-song set, followed by Seattle rockers Band Of Horses. Check out photos of the whole concert in the gallery below, plus the full Black Keys setlist.