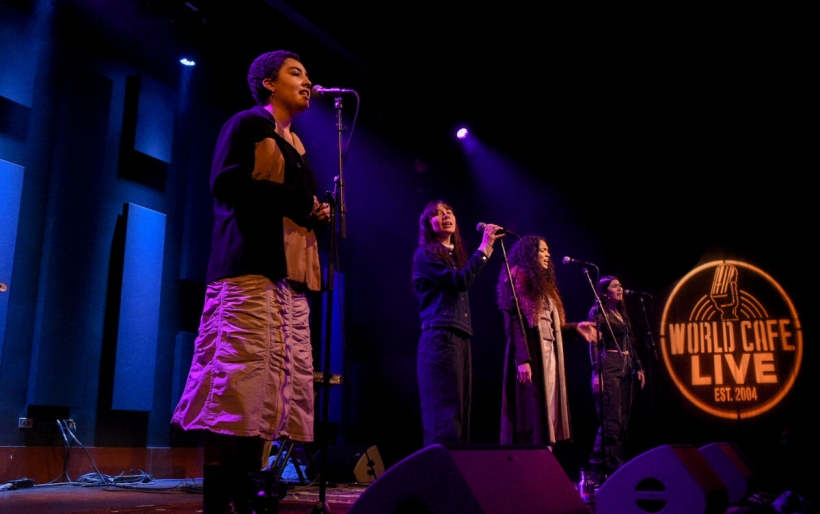 Though they perform as a sextet, don’t call MICHELLE a band — they’re a collective, brought together for a purpose: AFTER DINNER WE TALK DREAMS.

Though they perform as a sextet, don’t call MICHELLE a band — but, rather, a collective. According to one of the group’s four vocalists, Layla Ku, “It was really important for us to stay true to the fact that we were brought together not for the purpose of forming a band, but more so for the purpose of working on a project.”

The New York-based R&B indie-pop collective formed by Julian Kaufman and Charlie Kilgore features Ku, along with Sofia D’Angelo, Emma Lee and Jamee Lockard. Their most recent project, AFTER DINNER WE TALK DREAMS, was released in March this year. Michelle stopped by the home of World Cafe, WXPN for a live performance in front of a studio audience that we’re excited to share with you. Listen in the audio player, and watch the performance of “MESS U MADE.”