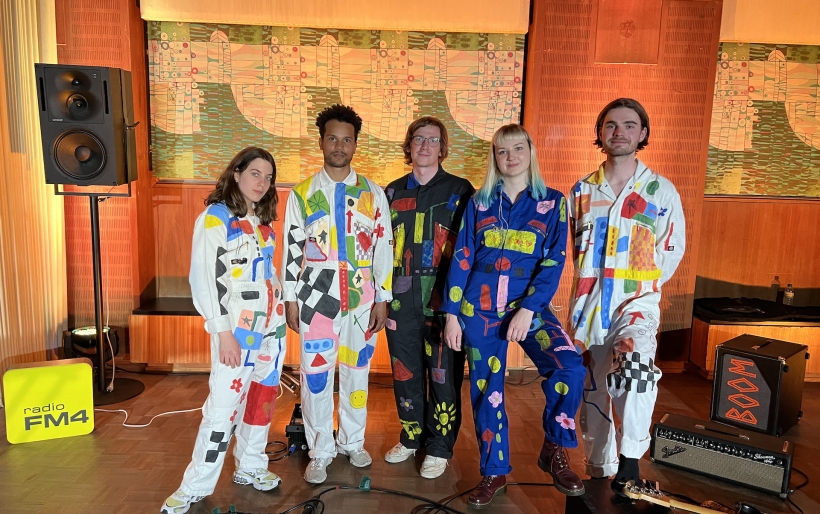 There’s a whole other side of Viennese music other than grand symphonies or operas performed on gilded stages. Enjoy this live Sense of Place: Vienna series performance by Sharktank.

When you think of music in Vienna, what do you think of? Chances are you think of grand symphonies or operas performed on gilded stages. But there’s a whole other side of Viennese music, too. And for our Sense of Place: Vienna series, we found it at FM4, a national public radio station that focuses on new, popular music in Vienna, including a ton of independent artists.

That’s where we recorded today’s session with Sharktank. The band started out as the duo of rapper Mile and producer/drummer Marco Kleebauer, and then they added singer Katrin Paucz. They released their first full-length album, Get It Done, in 2021 as well as two EPs, blending and bending genres to find their own unique sound. In this session, you’ll hear our conversation recorded in front of a live World Cafe audience, as well as a live performance!

Hear the complete session in the audio player, and watch the performance via NPR Music live sessions above.

Produced in association with Radio FM4. Special thanks to Austrian Music Export and producer/Sharktank drummer Marco Kleebauer for mixing this session.