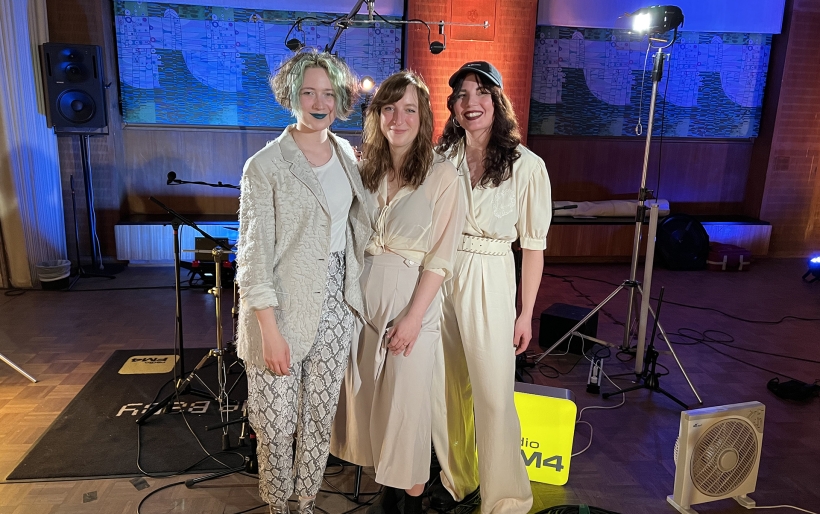 Vienna is known for classical music, but if you know where to look, you’ll find a flourishing indie rock scene, too. Hear a live performance from DIVES in this Sense of Place session.

Today, we’re taking you to Vienna today for our Sense of Place series. Vienna is known for classical music, but if you know where to look, you’ll find a flourishing indie rock scene. And one of the most exciting new bands on that scene is called DIVES. The trio formed in 2016 when its members met at Austrian Girls Rock Camp and won the XA Music Export Award, a prize that aims to support new bands — and that was before they’d even released their debut, Teenage Years Are Over, in 2019. This October, their second album, Wanna Take You There, comes out — so here’s your chance to get into them before everyone else in North America does!

In this session, you’ll hear my conversation with DIVES recorded in front of an audience at FM4, the national public radio station that covers popular music in Austria. But first, we start with a live performance of their song “100 Times.” Hear the complete session in the audio player above, and watch the full performance via NPR Live Sessions below.

Produced in association with Radio FM4, mixed by Sam Irl. Thanks to Austrian Music Export, especially Arianna Fleur Alfreds, for connecting us with bands and various other cool corners of Vienna’s music scene.