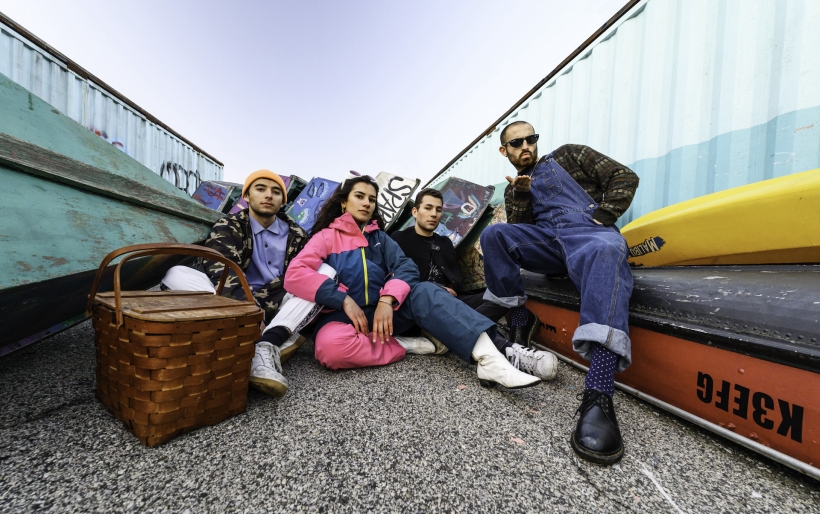 The single is the first taste of the band’s forthcoming EP “Rooting for you,” which comes out next month.

For a band as idiosyncratically catchy as Air Devi, it’s easy to fall into the trap of trying to puzzle together their influences. The recipe is something like Bollywood soundtracks, plus twee bands (think Best Coast or Beat Happening), plus girl groups, desert blues, and pop-punk. But none of it would work without Devi Majeske’s songwriting holding things together.

“Ashrita,” is the first new music this year from the Philly band, which also includes Jacob Hershman on guitar, Seth Fein on bass, and Jay Fein on drums. Their upbeat interplay propels Majeske’s sweet, almost naive harmonies, but that sweetness couches an irreverent indie pop sensibility in her lyrics. To describe being ghosted by another musician, she coos “What’s up with that guy? / Oh him? Yeah he’s dead.” The song’s title comes from one of Majeske’s musical inspirations, who she lists off as a way to lift herself out of disappointment. It’s just the right amount of brattiness and the just the right amount of pep.

Air Devi’s second EP “Rooting for you” comes out October 7 on Devil Town Tapes, and can be pre-ordered here. The band played “Dhatri,” another song appearing on the EP, at their Key Studio Session. Check out their Instagram for details and updates.