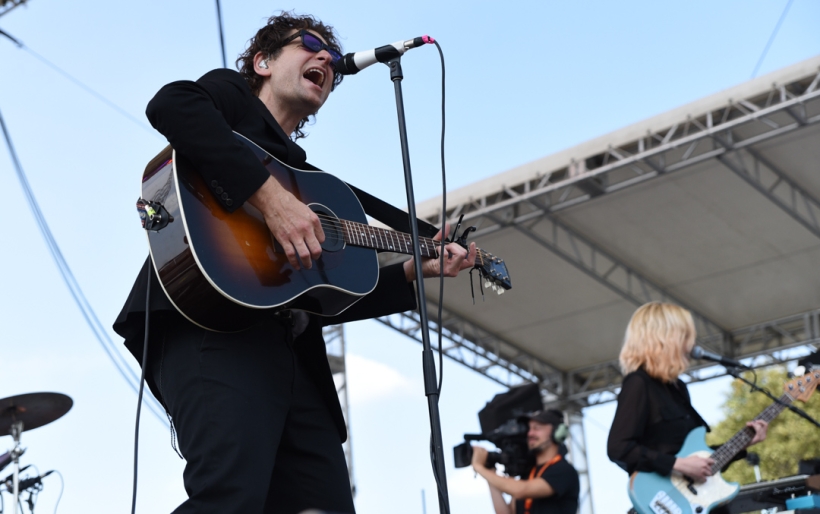 Lo Moon brings their A-game to the XPNFest River Stage

Last night, toward the end of their set at Freedom Mortgage Pavilion, The War On Drugs took a moment to shout their buddies in Lo Moon, imploring the XPoNential festival goers to check out the Los Angeles band. Perhaps that drummed up a bit of excitement for Saturday afternoon’s set on The River Stage and Lo Moon certainly brought their A-game.

Lo Moon played a fantastic set, but I would be remiss if I didn’t first mention the stirring introduction by former XPN host Helen Leicht, whose return to give the XPN family a proper hello and goodbye surely brought a smile to many Philadelphians.

Lo Moon, in many ways, were the perfect band to follow up on such an introduction, their ethereal, moody indie-rock bringing a nostalgic mood to the afternoon. Led by frontman Matt Lowell, the band played a mix of songs off their two albums, 2018’s self-titled debut and this year’s A Modern Life, opening with the massive, searching “Carried Away” and closing things off with what was their first significant hit, “Loveless,” in the middle sending out “Expectations” to XPN’s Bruce Warren.

Toward the end of their set, Lowell made a point of crediting WXPN for getting the Lo Moon name out there, and something tells me they continued to gain fans on Saturday afternoon.