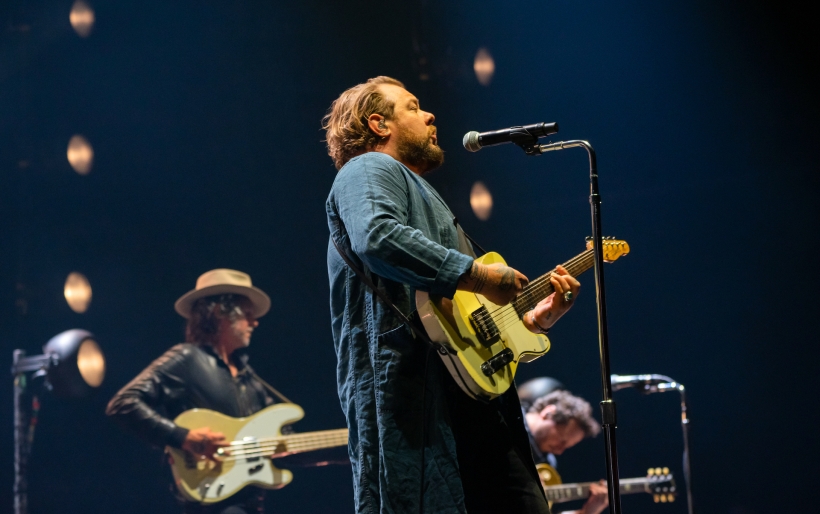 It was a night of good old fashioned rock and roll at Freedom Mortgage Pavilion as Nathaniel Rateliff and The Night Sweats and The Revivalists took us home on night two of 2022’s XPoNential Music Festival.

After a short opening set from Philly local brass band faves Snacktime, The Revivalists kicked the evening in high gear. I’m not sure precisely what they aimed to revive but on Saturday their spritied set had the effect of reviving the energy levels of  crowd after two long days of excellent music. An eight-place band out of New Orleans, The Revivalists play a loose, freewheeling blend of soul and rock and roll. They are led by singer David Shaw who made quite the impression on Saturday night, chewing up the stage with mic in hand, at first donning full Canadian tuxedo before ditching the shirt all together. “We like to keep it loose, y’all,” he quipped halfway through the set, and that they did. They even dotted the night with a few saxophone and trumpet solos for good measure. If the goal was to get people up and moving before the arrival of the night’s headliner, The Revivalists were more than up to the task, ending their set with the one-two punch of smash hit “Wish I Knew You” and The Who’s “Baba O’Riley.” 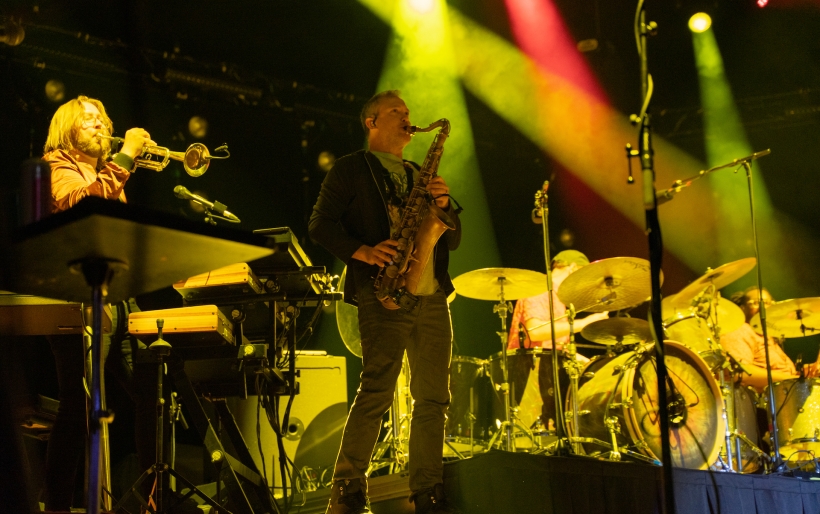 Then it was time for the night’s headliner. Nathaniel Rateliff And The Night Sweats. You combine an easy-going charisma with the vocal talents Nathaniel Rateliff has in spades and you get a true force to be reckoned with. I hope everything was nailed down at Freedom Mortgage Pavilion because Rateliff and his band The Night Sweats threatened to blow the roof off the place. In addition to the sonic charms, the stage set-up and light show were particularly impressive. The way the band was arranged straight across from left to right with Rateliff featured front and center couldn’t help but remind viewers of rock and roll stars of yore, the light only adding to that effect.

That said, Rateliff was really the only star the stage needed. He is simply an incredible vocalist, a stomp-and-holler bandleader whose voice carried to every corner of Freedom Mortgage Pavilions crowded lawn. This was best evidenced during the acoustic, mellow solo performance of “And It’s Still Alright,” a standout from Rateliff’s 2020 album of the same name. Of course, it didn’t take long for things to pick back up, with Rateliff and Night Sweats giving night two of XPoNential Music Festival the rable-rousing ending it deserved.

Check out photos of the whole night in the gallery below.