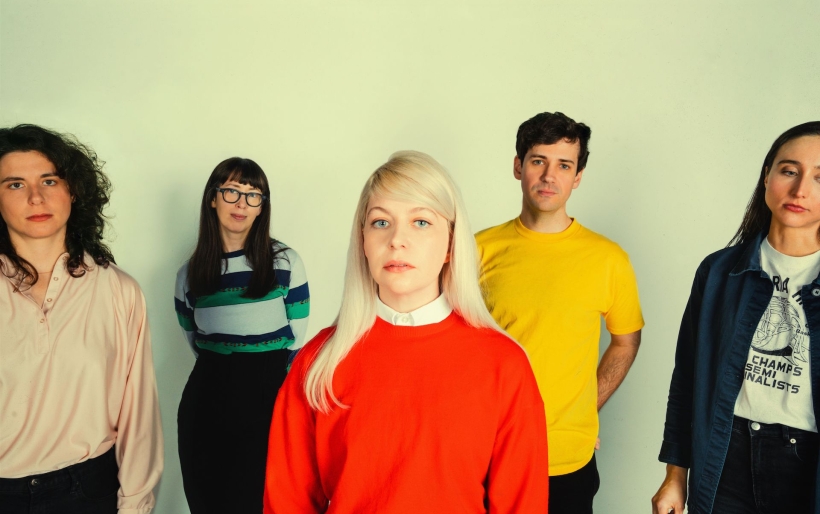 Both singles come with music videos in advance of the band’s much-anticipated new record ‘Blue Rev.’

This may be controversial, but Alvvays have never sounded better than on the previews of their upcoming third studio album Blue Rev, out Oct. 7th. Now, they’re back with a double single and music videos to match (described in a press release as “Two new lambs for the cultural volcano!”), which happen to be some of the best songs they’ve put out to date.

First up is “Belinda Says,” which moves to the tides of classic Alvvays with a stronger current. While beloved classics like “Archie, Marry Me” or “Dreams Tonite” had the fuzzed-out twinkle of dream pop and twee, these new tracks find the band wading into the deeper waters of shoegaze. Appropriately, lead singer Molly Rankin’s voice has never sounded more like a force of nature. The accompanying music video is pieced together out of 16mm film loops, exploding in light and color when a key change launches “Belinda Says” into the stratosphere.

“Very Online Guy” is a bit more of a departure from what we’ve come to expect from the band. The track sounds distinctly European, channeling strains of Italo Disco and French chansons, and it’s hard to tell at first whether Rankin is singing in another language. Listen closer, though, for cheeky lyrics, like the chorus hook which goes “He’s only one follow, one filter away.” It’s paired with pixelated visuals or, as the band put it, a “clunky low-bit collage of aliased key clacking and step-dance scramble.”

Listen and watch below, and buy your tickets for Alvvays’ show at Franklin Music Hall on November 12th, available now at the WXPN Concerts and Events page.