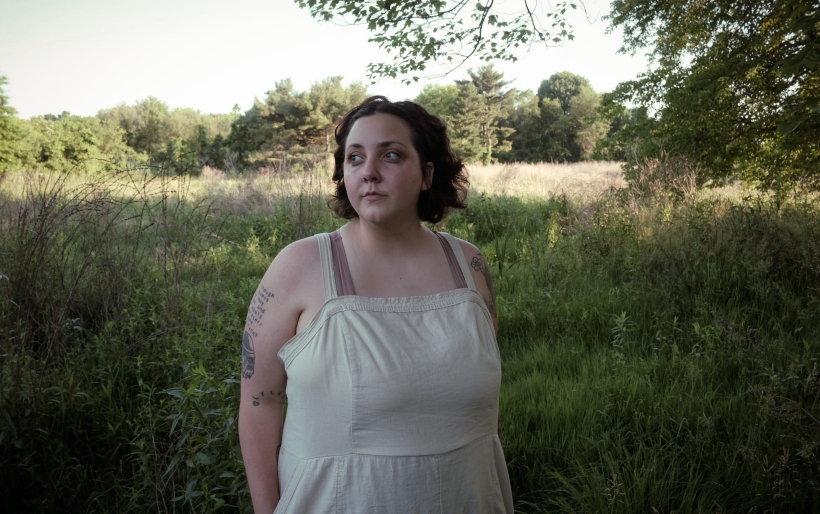 The acoustic devotional precedes the release of The Sun Still Seems To Move, out later this month.

Shannen Moser just released “Oh My God,” from their upcoming third studio full-length, The Sun Still Seems To Move. The album, announced with the single “Paint by Number,” is out next Friday, Sept. 30th, via Lame-O Records.

“Oh My God” is a subtly hallucinogenic piece of indie folk tinged with country twang and resplendent choral harmonies. In a press release, Moser describes the time leading up to writing the song: “I had spent the summer shape note singing, driving around and really exploring a natural world that I hadn’t been around in almost a decade.” That atmosphere is mirrored by plucked strings and trilling brass and woodwinds, bringing to mind late ‘80s Talk Talk or, a more contemporary reference, The Weather Station’s Ignorance.

Lyrically, Moser’s pleas to a higher power alongside quotidian details feel like a natural continuation of “Ben,” which reflected on the passing of a childhood friend. Instead of being purely heartbreaking, “Oh My God” embraces a more ambiguous, meditative view on loss. “No matter how we might try, as the world turns things will change in an endless exchange of joy and sorrow,” they say. In one particularly clever trick of elliptical writing, the line “I know that life’s not one linear seamless destination” opens both the first and last verse.

Check out the full song below, and buy your tickets for Shannen Moser’s album release show at Johnny Brenda’s on September 30th, available now at the WXPN Concerts and Events page.