Firefly On The Fly: A Sheer Mag surprise, rock and rage from Halsey, Willow, Mannequin Pussy and more on day one - WXPN 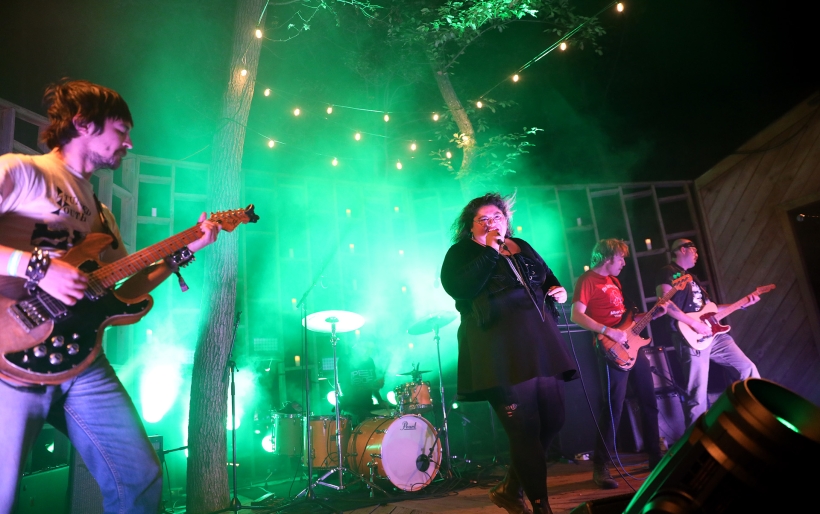 Firefly On The Fly: A Sheer Mag surprise, rock and rage from Halsey, Willow, Mannequin Pussy and more on day one

We’re back in the Woodlands of Dover for another long weekend of music.

It was misty and drizzling on our drive down the DuPont Highway; it was sunny and warm by the time music started; it was gusty in the upper 50s when the music was over.

For whatever the climate lacked in terms of consistency, the lineup on day one of the Firefly Music Festival made up for it. The overarching themes of the day were rock and rage, using the platform of the festival to speak truth to power – with occasional detours into trancey dance land.

Here’s what we heard and saw on Firefly Day One. 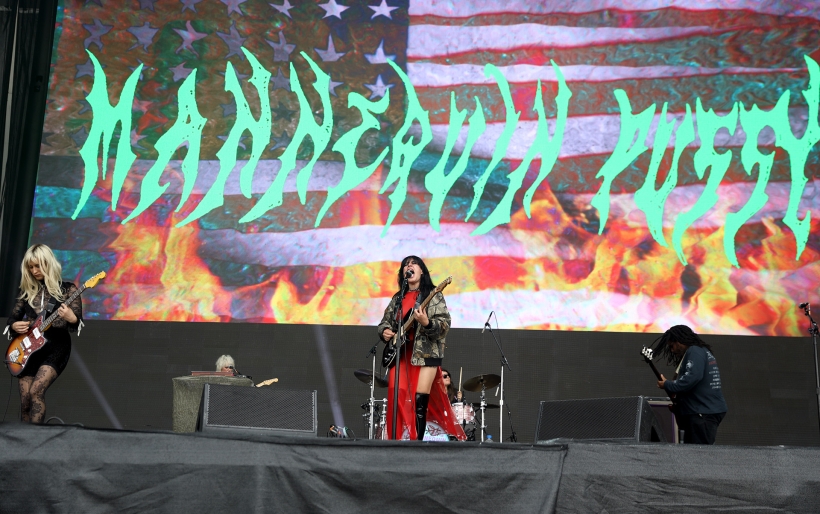 Our day started with this much-loved Philly punk four-piece delivering soaring anthems like “Control” and “Drunk II” and raging to the two-minute rippers “Perfect” and “F.U.C.A.W.” They also performed in front their festival backdrop of late: of a logo of band name’s superimposed on a burning American flag. Frontperson Missy Dabice explained was an act of solidarity against “a small minority of Christian fascists that have taken over the country” from a band that includes Black, woman, and trans members, folks whose rights are under attack. “We will never pledge allegiance to a country that does not take care of all of us,” Dabice told the crowd, before launching into the heavy burner “Pledge.” 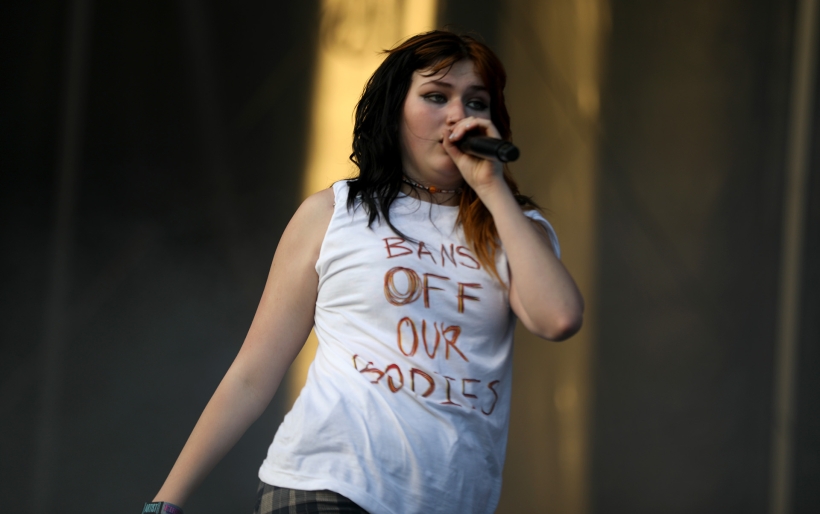 If you thought the politics for the day were done after that, you thought wrong. Rising Texas-via-Nashville pop/rock star Gayle tool the stage in a t-shirt that read “Bans Off Our Bodies” — “for obvious fucking reasons,” she explained — with matching shirts worn by her bandmates (modified according to their respective genders). After a speedy run of cathartic songs about friendships and betrayal, performed power trio style — Gayle’s bass delivering a loud and crunchy low end — she honored women who paved the way with a terrific cover of Joan Jett’s “Bad Reptuation,” followed by her viral smash “ABCDEFU.” 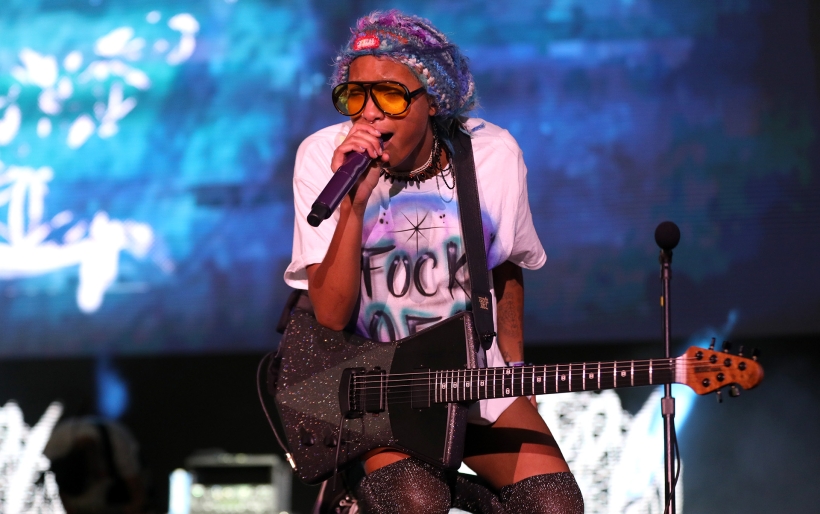 Singer-songwriter, guitarist and style icon Willow is a whirlwind — a vibrant, kinetic mix of commanding vocals, charismatic strutting, emotive melodies, and playful interaction with both her bandmates and her audience. After grabbing initial attention for her 2010 hit “I Whip My Hair” and releasing a run of albums taking gradual steps away from her pop beginnings, Willow reinvented herself on last year’s raging lately I feel EVERYTHING, leading our Rahman Wortman to declare “punk might her lane.” We saw that on display at Firefly’s main stage last night, with speedy riffs, soaring licks, screamo-esque hollers, and burning songs about desire, mental health, and the art of chasing self-confidence. Willow mostly kept her perspective personal, though the song “Curious / Furious” touched on her frustration with the state of the world. 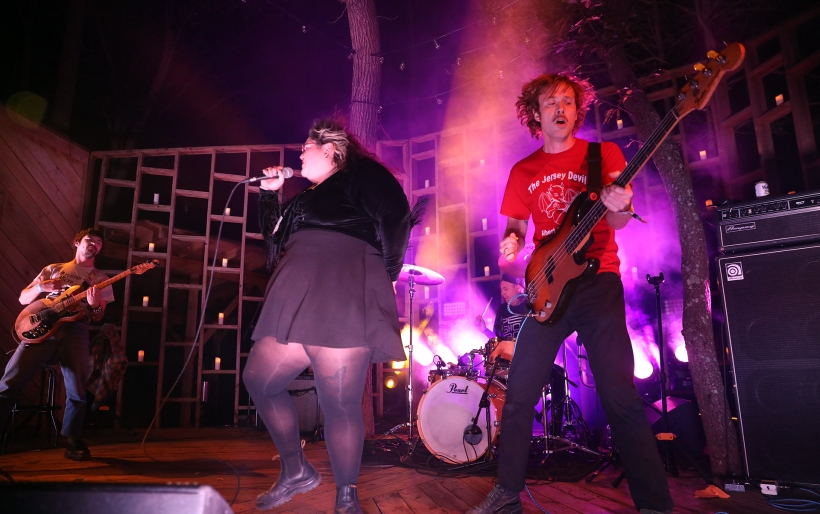 A solid surprise upon arriving on site at the Woodlands was an Instagram post from Philly rockers Sheer Mag, telling fans that they’d booked a last-minute slot at the festival’s Treehouse Stage. Its possibly the best place to see bands at Firefly – tucked away, chill, pastoral — and Sheer Mag made the most of their half hour on it, jamming to “Steel Sharpens Steel,” “Expect The Bayonet,” “Pure Desire” and more. Their riffs are classic, their playing is tight, their appeal is boundless, with millennial festivalgoers rocking alongside parents whose kids were probably packing the Pavillion to await 100 gecs. The only setback happened when bassist Hart Seeley popped a string, prompting frontperson Tina Halladay to fill time with deadpan and regionally-targeted banter. “Can someone get me a shot? No? Must be because of the DuPont family.” 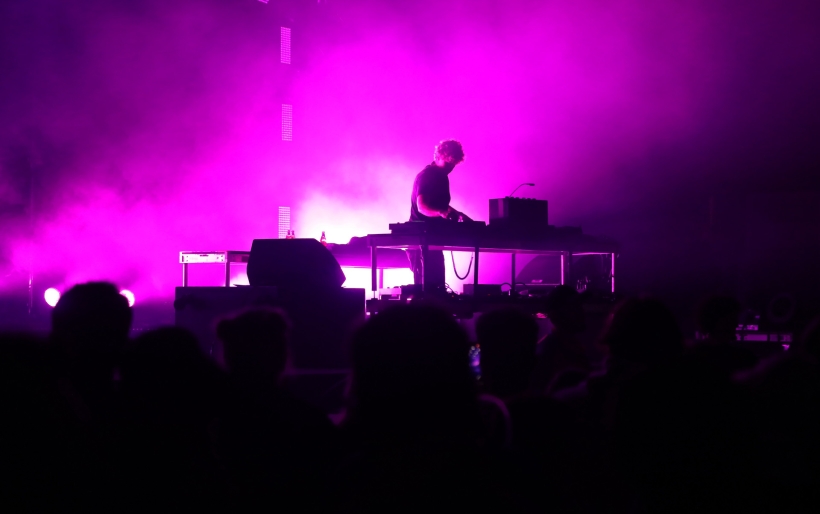 After paying quick visits to the Pavilion for the dreascapes of San Holo — and the techno hilarity of the aforementioned 100 gecs — the most quality time we spent there was during Jamie xx’s DJ set which, despite happening opposite headliner Halsey, was robustly attended. The producer and soundscaper of downbeat Brit faves The xx, Jamie xx’s set touched on old soul, new house, glistening ambient, and many places in between, never lingering too long at any one stop. (He has a terrific knack for recognizing when the crowd’s attention is about to waver, and moving the music to meet them where they’re at.) 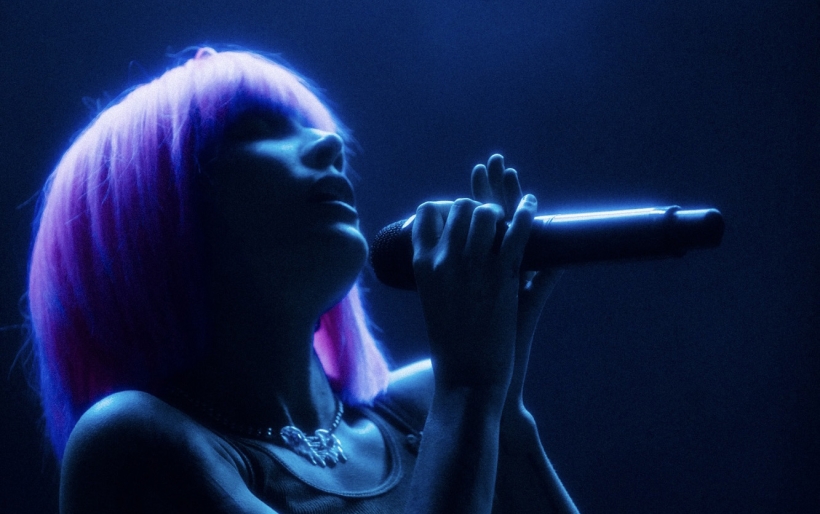 Ending the night on the main stage was a fierce performance from Halsey who, keeping with the day’s theme of speaking out, backed the high-energy opener “Nightmare” with black and white footage of abortion rights protests, as well as dropped-in statistics about the populations most impacted by abortion bans (black and brown folks). Last year’s outstanding If I Can’t Have Love, I Want Power was strongly represented — “I Am Not a Woman, I’m a God” landed powerfully in the penultimate slot — but Halsey’s 80-minute performance danced across her catalog, including hopeless fountainkingdom‘s “Bad At Love,” the Badlands bonus track “Gasoline,” and ushering in autumn and spooky szn, a cover of the year’s biggest smash hit from 1985, “Running Up That Hill.”

Below, check out a gallery of scenes from Day One. Firefly continues today, and we’ll have live Instagram Stories reporting from the festival all day long; follow along at @wxpnfm.