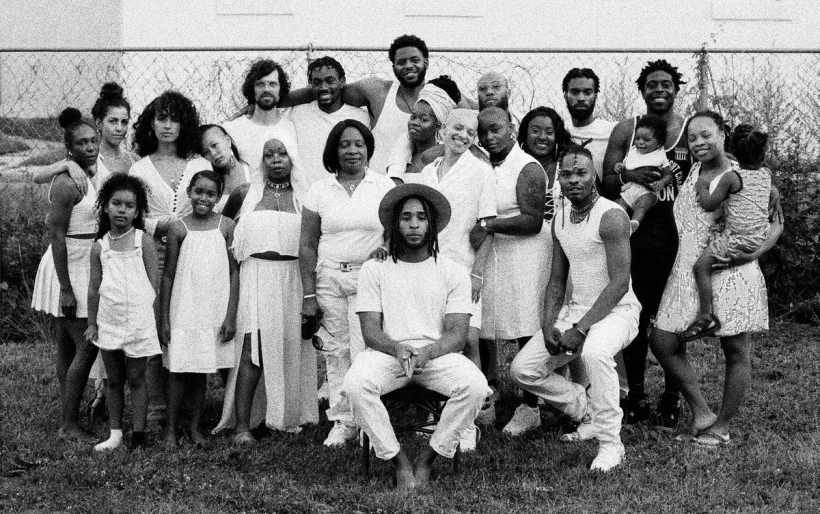 Books to read, videos to watch, and highlights from around the scene.

September has been a soft and reflective month for me. As the summer gives way to the fall, I’ve been more focused on reading, passively listening to music for pleasure and working on a few side projects. As always, the music, books and videos that I’ve been most excited about this month have had clear connections to Philly and it’s artistic community. Here are 5 of the best and most intriguing things I’ve come across this month.

Honey & The Bees were a Philly soul quartet active from about 1966 to 1972. Made up of Nadine Felder White, Cassandra Ann Wooten, Jean Davis Sanders and Gwen Wesley, the group released a handful of wonderful singles and performed at Philly’s legendary Uptown Theater. This reissue of the group’s sole album, Love (1970), is full of lovely sweet soul tunes and featuring future Philadelphia International Records legends Leon Huff, Earl Young, Norman Harris, and more.

Honey And The Bees - We Got To Stay Together

I’m really loving Kingsley Ibeneche’s newly-released album Udo and his latest single “So Kind” is a perfect example why. Produced by Lee Clarke, “So Kind” is a gorgeous, tender song with dreamy instrumentation and Ibeneche’s sweet vocal performance. The video, directed by Marcus Branch is lovely too.

Richard Brent Turner’s book, Soundtrack to a Movement is built around a powerful premise: Black jazz musicians’ embrace of Islam in the 1940s, 50s, 60s and 70s made a direct and identifiable impact on the political and social consciousness of the Black American freedom movements of those decades. One chapter of particular interest is “These Are Soulful Days”: Islam and Hard Bop in Philadelphia in the Late 1950s, which highlights the struggles and triumphs of Philly’s jazz and Black Muslim community in the 50s. Thoroughly researched and well-written, Turner’s book sheds light on Islam and jazz as important but unheralded partners in the spiritual and political evolution of America.

The Mandrake Memorial – Live At The Trauma

The Mandrake Memorial were a Philly psych band that evolved into a prog-rock outfit as the 60s gave way to the early 1970s. This video from 1967 was shot at Phlly’s famed Trauma club and was originally intended to be used for a documentary. Digitally transferred by Mitch Paul and uploaded to youtube by David First, the 16mm footage is super crisp, giving us a vivid look at one of Philly’s pioneering psych band.

The Mandrake Memorial - Live At The Trauma

The Gameday Poster Playlist is a weekly initiative in which the Philadelphia Eagles highlight songs from local artists ahead of each game of the season. Executive produced by Chill Moody (whose viral #First48 Freestyle is crazy good also), the playlist will highlight exclusive songs from local artists that will be played at the stadium during home games. A ton of dope artists will be featured iincluding Reef The Lost Cauze, The Menzingers, Brianna Castro and more.