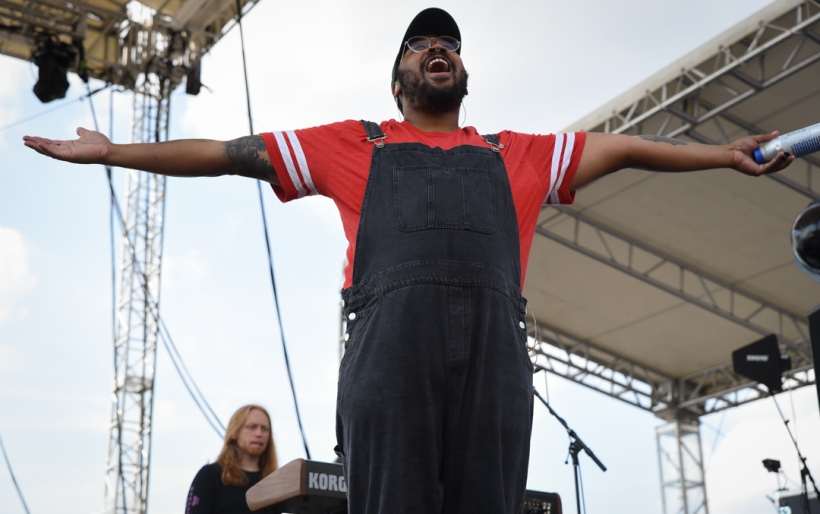 Strange’s track choices celebrated Black excellence in the form of The Meters, Curtis Mayfield, and a whole lot of P-Funk.

The day before his XPNFest set, Bartees Strange commandeered the Friday Morning Mixtape or, as he christened it, the “Extreme Funky Friday Morning Mixtape.” Extreme funkiness is what was promised, and that’s exactly what he delivered. Strange was only a few months on the heels of releasing his sophomore album, Farm To Table, but his selections steered away from more contemporary artists to spotlight the vintage funk and soul that makes up his listening habits at home.

Things kicked off with an extended run of Funkadelic, P-Funk, and P-Funk All Stars — including “Hit It and Quit It,” a rocking jam that Strange singled out as a personal favorite. Just in case their brand of intergalactic soul was starting to get tiresome (then again, how could it?), Strange mixed things up by throwing on the deep cut “Let Me Run Into Your Only Heart” by Eddie Kendricks. Up next, Labi Siffre’s “I Got The…” and The Meters’ “Cissy Strut” are both tracks that were famously sampled in other songs (“My Name Is…” by Eminem and too many to count, respectively). Strange spent the hour drawing attention to a lineage of Black excellence and the music it inspired, his included.

Listen to Bartees Strange’s guest DJ set below, and get tickets for his show at the Foundry on Friday, November 18th, at WXPN’s Concerts and Events Page.