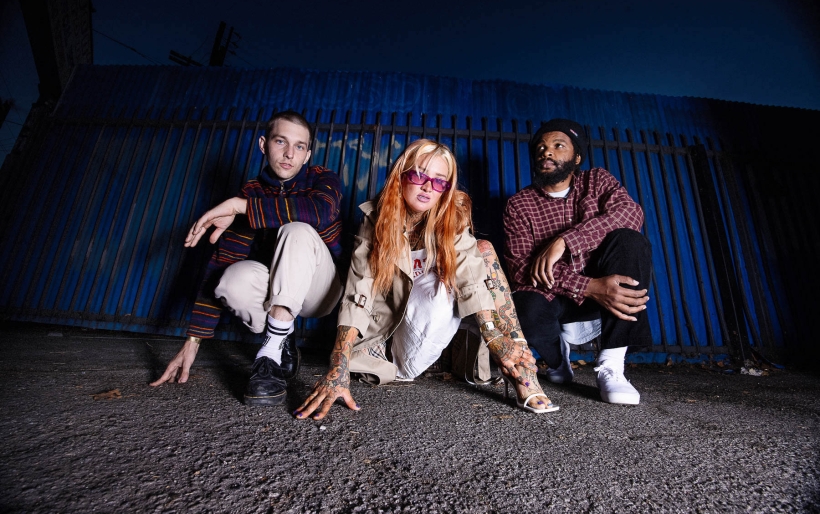 The halfway point of the month has a show for almost every night of the week.

Rocktober has been so full of action so far, it feels like a year ago that we were at XPoNential and Firefly…instead of, like, less than a month. As we catch our post-Philly Music Fest breath, we have another solid roundup of show recommendations for almost every night of the week, but for a more complete list, hit up the WXPN Concerts and Events page.

At the start of the pandemic, saxophonist Lakecia Benjamin released Pursuance: The Coltranes, her tribute to John Coltrane and Alice Coltrane, the legendary first couple of jazz. Two years later, she’s finally able to take this project on the road, with a stop at Penn Live Arts’ Zellerbach Theatre. She’ll be transmuting John’s saxophone through her own in improvisations drawn from the influential catalogs of both Coltranes. // 7 p.m., $29, AA

Back in 2019, the spirited ensemble Cha Wa took the very regional tradition of Mardi Gras Indians — troupes of Black revelers in Native American ceremonial dress — out of New Orleans and on the road to the Philly Folk Fest main stage. The bright looks and electrifying rhythms of the performance were funky and fun, an all-time festival highlight, and they’ll return to the area this Tuesday at Sellersville Theatre.  // 7:30 p.m., $25, AA

Wednesday 10/19: The Comet Is Coming at Underground Arts

The Comet is Coming last visited Philly in 2019, blowing minds at The Foundry with their avant garde scramble of jazz with shoegaze, new age, and sci-fi film soundtracks. Featuring King Shabaka of the acclaimed Sons of Kemet, the trio’s show at Underground Arts will also be joined by Salami Joe Rose Louis, another experimental polymath, in a can’t-miss double-booking for fans of the cutting edge of jazz. // 8:30 p.m, $22, 21+

The Comet Is Coming - Technicolour

Bucolic southwesterners Calexico are on the road this autumn, making a Philly stop Thursday at Brooklyn Bowl. The band’s 13th studio album, El Mirador, was released in April, and is being praised as the band’s strongest work in a decade, fusing synth tones, rustic acoustic instruments, and poetic lyrics. // 8 p.m., $21, 21+

Although based in Minnesota, indie rockers Hippo Campus have been a WXPN favorite for some time now. Taking things back to the mid aughts when indie rock and pop were just starting to get cozy with each other, a Hippo Campus show is the perfect nostalgia trip for anyone with fond memories of that era. Expect plenty of material from the band’s new album, the aptly named LP3. // 8 p.m., $35, 21+

Indie power trio Amanda X has only played a couple other hometown shows since live music started again in 2021, but they’ve kept plenty busy, going on the road with their buds Protomartyr and working in the studio on their first new music since 2017. They’re headlining Ortlieb’s on Wednesday, and we’re hoping to hear fresh jams in the mix.  // 8 p.m., $10, 21+

Philly four-piece Queasy channels any number of art rock faves, from Sonic Youth to My Bloody Valentine, to (in their heavier moments) Deftones-level screamo. Since releasing their terrific Shining Now LP this summer, the band has gigged pretty hard, and had a bounty of shows this autumn, beginning Thursday night at The Khyber. // 8 p.m., $10, 21+

The Teacha is back at the head of the class. Rap master KRS-One released his seventeenth studio album, I M A M C R U 1 2, back in February, and he’s also orbiting around a couple milestones. It’s been thirty years since Sex and Violence, the final album from his Boogie Down Productions crew that blazed trails for hip-hop in the 80s and early 90s; his classic solo debut, Return of the Boom Bap, hits that milestone next year. Philly fave Khemist opens KRS-One’s Philly show this Thursday at Underground Arts.  // 9 p.m., $35, 21+

Two arena-level icons of 90s rock join forces at Wells Fargo Center this Friday: The Smashing Pumpkins and Jane’s Addiction. The last time Pumpkins came through town, it was reportedly a beautiful happening filled with pomp, circumstance, and splendor, as well as a jaw-dropping setlist; Jane’s Addiction has been throwing down at festivals the past few years, but hasn’t headlined Philly since 2016. The chills that are going to hit on “Three Days” and “Mayonaise” will make the price of admission worth it, so brace yourselves. // 7 p.m., 6:30 p.m., $49 and up, AA

Fresh off a ripper of a Key Studio Session on WXPN Local this week, punk-fueled Philly five-piece Vixen 77 headline Johnny Brenda’s on Friday. Their album rages with reverence to The Runaways and more, and this release party lineup is a cyclone of femme energy, with burlesque performance groups Do Both and Slutchurch getting the night started. // 8 p.m., $15, 21+

June 2022’s WXPN Artist to Watch, Chicago three-piece Dehd sound a little different live than they do in the studio. While their records, including this year’s Blue Skies, are often mellower rock affairs, the band is known for being able to absolutely tear up a stage—with plenty of energy and volume to spare. Not convinced yet? Check out their Free at Noon concert from earlier this year. // 9 p.m., $25, 21+

The Birmingham, Alabama based musical project Early James is the work of Frederick James Mullis Jr. and he’s signed to Dan Auerbach’s Easy Eye Sound label. James’s debut, Singing For My Supper is a collection of songs informed by the blues and rock and roll – a sort of electrified, southern fried Americana. The XPN Artist to Watch will play live this week at World Cafe Live. // 8:30 p.m., $15, 21+

Early James - What A Strange Time To Be Alive

Longtime Philly jam scene affiliate Tom Hamilton has in recent years refocused on his latest project, Ghost Light, a song that dials down the expansive improv and refocuses him on pop songcraft, centered around the vocals and songwriting of Raina Mullen, who he connected with during the making of his earlier band American Babies’ last album. They’ll pass through the area this week to play XL Live in Harrisburg. // 8:30 p.m., $15, 21+

Wiry UK rock experimentalists Black Midi have released three albums of mathy, progressive post-punk in the past three years – a solid track record, most recently coalescing into this year’s Hellfire. Channeling artists from trailblazing legends like Neu! to contemporaries like Palm, the band’s Asbury Lanes show this week is sure to be weird and wild. // 7:00 p.m., $25 and up, 21+

Shoutouts to the great folks at the Plaze app for tirelessly championing local artists and curating incredible showcase gigs around the city. Their latest night of Philly music hits this Saturday at The Khyber, and stars Mitamu, aka singer-songwriter Tammy Huynh, whose singular fusion of jazz, poetry, disco, and Stereolab-esque loungey tones is equally apt to excite and keep you on your toes. Mitamu’s debut album sunflower in the east came out just about a year ago, and based on their Beta Hi-Fi set from this summer, you definitely want to see what they’ve been up to since. Joining Mitamu on this awesome bill is the endlessly inventive indie outfit Air Devi – who just released a terrific EP called Rooting For You – as well as XPN faves The Tisburys, still riding high on their latest and greatest album Exile On Main Street. // 8 p.m., $10 and up, 21+