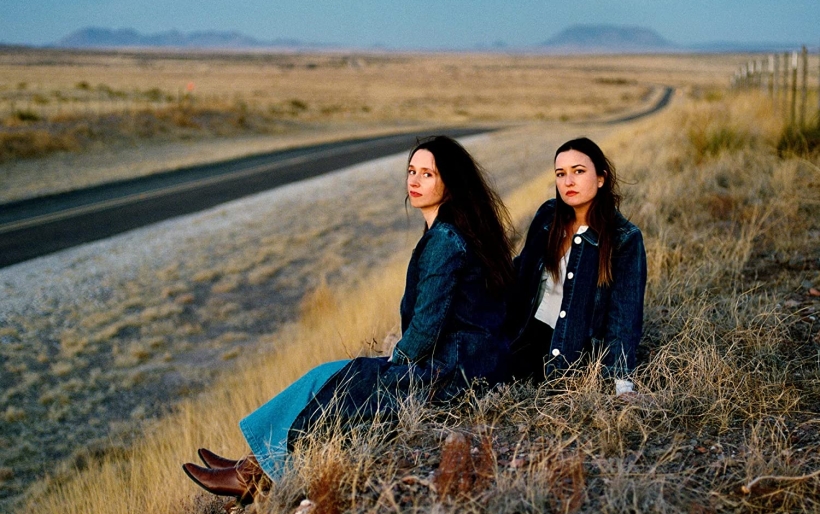 The jagged truths of Katie Crutchfield and Jess Williamson’s Plains

Plains’ I Walked With You A Ways is a welcome diversion from two excellent songwriters, and an album that works best when taken as a whole.

Plains, the new duo project from Waxahatchee’s Katie Crutchfield and songwriter Jess Williamson, is an exercise in both harmony and perspective. On the one hand, these songwriters and vocalists are a natural match, taking their modern sensibilities and warping them through styles as time-tested and worn as the sun-baked hills and valleys that serve as the setting for the songs on their new record I Walked With You A Ways. On the other hand, they remain two distinct songwriters whose approach, while coming from a similar place, often arrives at different conclusions. Stories of heartbreak, regret, and jagged truths populate the record, but who does the breaking and where the regret is aimed often relies on who is doing the telling. It’s an approach that makes I Walked With You A Ways a consistently rewarding listen, a welcome diversion from two excellent songwriters, and an album that works best when taken as a whole.

From a purely surface level, Crutchfield and Williamson are two very different songwriters and, perhaps more notably, vocalists. Though they are both adept at harnessing the country music of their collective southern upbringings – Williamson was raised in Texas and Crutchfield in Alabama – Williamson’s voice is a cool breeze to Crutchfield’s summer storm, the honey to her whiskey. In a way, you see this rendered in their songs as well. The first two tracks on I Walked With You A Ways are both break-up ballads, but the levels of vitriol and sadness are distinctly at odds.

“It hurts to be leaving, but I know that staying ain’t right” sings Williamson on the regretful but accepting “Summer Sun”. Crutchfield, it seems, is not as cordial. “If you can’t do better than that babe, I got a problem with it,” she sings with a snarl and a shattered rear view mirror. These are both songs of movement and change with a cloud of dust left in their wake, even if they aren’t always leaving at the same speed. But again, this is the record’s credit. Too often a “duo album” can feel like either two shorter albums stitched together or one record played by two parts, but I Walked With You A Ways effectively walks the tightrope, becoming neither.

Part of this can likely be attributed to the excellent group of musicians working alongside Williamson and Crutchfield which includes Phil and Brad Cook (who also produced), as well as Spencer Tweedy, Andrew Marlin (Mandolin Orange), and Libby Rodenbough (Mipso). Together they create a stunning homespun palette on which the two songwriters can toy with inspiration past and present. For Crutchfield, it is a similar aesthetic with which she found so much success on 2020’s Saint Cloud, if taken even further in the direction of classic country. “Last 2 On Earth” might be the most effective example of this, a pure pop-country hit that by all rights should blare from speakers deep into the golden-hour evening, sweeping its way across backyards and through open car windows. It’s the kind of song Williamson and Crutchfield grew up on, and one that makes I Walked With You A Ways an essential listen.

Plains’ I Walked With You A Ways is out now on ANTI- Records, and can be streamed below or ordered via Bandcamp. Plains plays Union Transfer on Thursday, November 10th; tickets and more information can be found at the WXPN Concerts and Events page.