Tailgate Time! Listen to a WXPN-curated playlist to get you excited for Game One of the World Series - WXPN 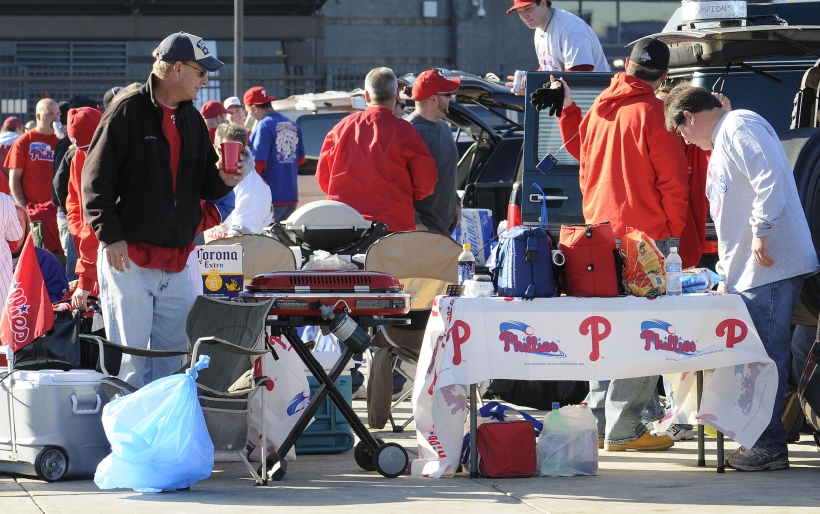 Tailgate Time! Listen to a WXPN-curated playlist to get you excited for Game One of the World Series

“Ain’t No Stoppin’ Us Now,” “Bam Bam,” “High Hopes” and more songs to help you root for the Phillies this weekend.

Our Philadelphia Phillies will take on the Houston Astros in Game One of the World Series this Friday, October 28th, and here at WXPN we are excited and root root rooting for the home team!

Kristen Kurtis started the week by taking requests from the XPN audience for a Phillies-themed Friday Morning Mixtape — tune in and #ringthebell with her tomorrow at 9 a.m. — while Dan Reed chatted with Phillies play-by-play announcer Scott Franzke on Tuesday about calling the “bedlam at the bank” game, and local brass band SNACKTIME continued the Phillies love with a funky cover of “Dancing On My Own” recorded live at WXPN Studios.

Today, we’re continuing our week of Phillies with a hand-crafted playlist of rally music, curated by the WXPN staff. It features walk-on song faves from Sister Nancy’s “Bam Bam,” used by third baseman Alec Bohm, to Alice In Chains’ “Rooster,” the song of pitcher Zack Wheeler. It also includes Phils classics like McFadden and Whitehead’s “Ain’t No Stoppin’ Us Now” and Frank Sinatra’s “High Hopes.”

Listen below, tune in tomorrow morning for the community-curated mixtape on the XPN Morning Show, and watch the Phillies take on the Astros at 8:03 p.m. ET for Game One.