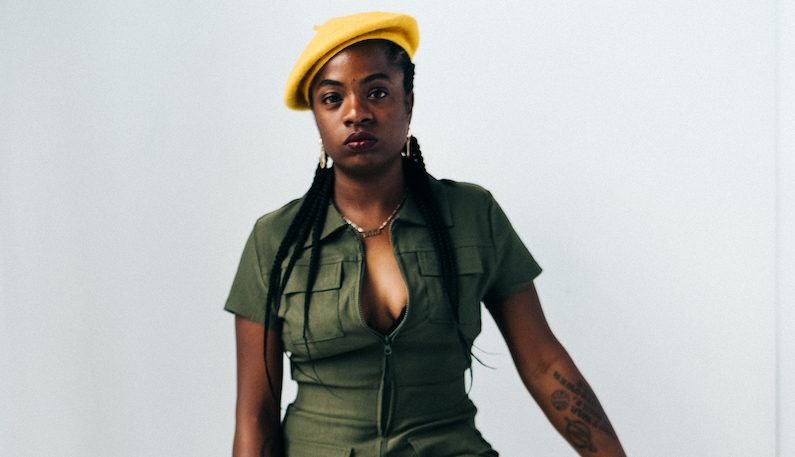 The singer, songwriter, and guitarist has signed to New West Records, and is releasing ‘Anarchist Gospel’ in February of next year.

Sunny War is in a fight with herself. It’s right there on the cover of her forthcoming album — and first for New West Records — Anarchist Gospel: two Sunny’s, one stone-faced and stone-skinned, the other with a beaming smile on her face. “I feel like there are two sides of me,” the singer, songwriter, and guitarist says in a press release. “One of them is very self-destructive, and the other is trying to work with that other half to keep things balanced.” That theme is plastered all over Anarchist Gospel’s first single, “No Reason,” and its accompanying music video.

A martial timpani roll at the start of the song announces that the battle is imminent. Then, “No Reason” launches into a twangy country road song powered by the momentum of Sunny’s guitar, which has as much personality and presence as her rough-hewn voice. In the same press release, she describes “the internal struggle that all people face just trying to be the best version of themselves. And the guilt that you feel when you’re not being the best version of yourself.” Backed by gospel-inflected vocals, Sunny addresses that same duality in the song’s lyrics: “You’re an angel / you’re a demon / ain’t got no rhyme / ain’t got no reason.”

Watch the music video for “No Reason” — featuring a werewolf and Sunny in red face paint and a Maleficent costume — below. Anarchist Gospel releases February 3rd, 2023, and Sunny War is performing at Kennett Flash on the 24th of that month. More information can be found at the WXPN Concerts and Events page.