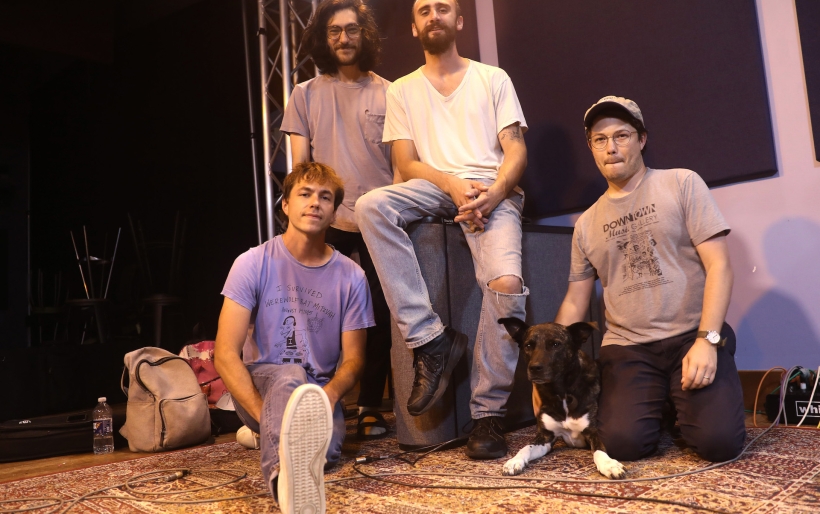 The reflective Philly indie outfit showcased their Merge Records debut ‘Love The Stranger’ in this focused set of instudio performances at WXPN.

It’s something of a level-up year for Philadelphia four-piece Friendship. After working hard on the local scene for seven years and releasing albums independently and via the Chicago indie imprint Ordinal Records, the band quietly took a big step in its career and signed to the revered Merge Records for their fourth and finest album, Love The Stranger.

WXPN’s Sean Fennell called the album “a collection of sonically adventurous, lyrically brilliant tunes produced by a band who seem preternaturally poised to take a bounding next step” in his interview with the band this past summer. But what makes this situation unique; the label leap didn’t come with big-bang production values or a fancied-up aesthetic to contrast what we’ve heard from the band in the past. Stranger is Friendship doing what they’ve always done best, what we’ve come to expect from them: writing heartrending songs lush with lyrical detail and packaged in dreamlike atmospheres. They’re just doing it on a bigger platform than ever before.

The band went on tour this summer with the terrific Chicago indie band Tenci, and had a fall run with Indigo De Souza and Horse Jumper of Love. In between (the day following their Johnny Brenda’s show, to be exact) they spent an afternoon at WXPN studios, hanging out with their friendly pup, warming up their voices with Alex G’s infectious “Runner” — newly released at that time — and then launching into a taut, focused performances of four selections from Stranger. These grizzled rockers mix Americana and psychedelia, channeling Bill Callahan and David Berman alike, as told from the unique perspective of frontperson and songwriter Dan Wriggins.

After initially airing on WXPN Local’s Key Studio Sessions, as well as the Indie Rock Hit Parade,  Friendship’s full studio session is available below for your viewing pleasure. Check it out, beginning with “Ramekin,” and pick up Love The Stranger via Merge Records’ webstore. For more, revisit our very first interview with Friendship conducted when they first moved to Philly from Maine in 2015.