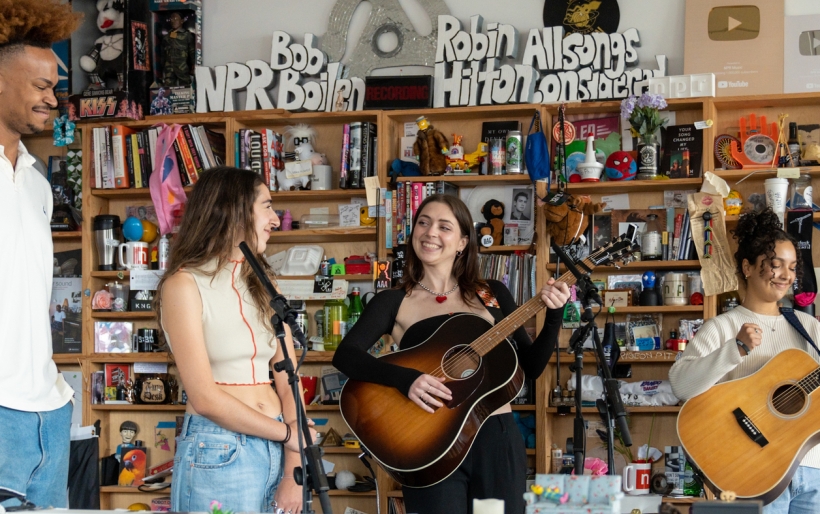 The Lower Merion-raised singer-songwriter and her band played four songs at NPR HQ.

Lizzy McAlpine’s star is rising. The Lower Merion-raised singer-songwriter released a warmly-received album this year called five seconds flat, and her rigorous support tour schedule has begun to pay off, bringing her to a packed house headlining gig for devoted hometown fans this September at the TLA. As Walden Green wrote when reviewing that show:

“Lizzy McAlpine’s songs resonate because they’re brutally honest, savage, and nuanced. They talk about the worst kind of guys and why we fall for them anyway. That explains how she was able to get the crowd screaming like crazy with just a single chord at the beginning of ‘Over-the-Ocean Call’ and ‘ceilings.’”

The screams of the crowd were not a factor in this new intimate performance at NPR Music’s Tiny Desk, the latest stage in the ascent of Lizzy McAlpine. But she and three backing vocalists — Cinya Khan, Judah Mayowa and Maya Rae — delivered sublime acoustic versions of three cuts from five seconds, including the aforementioned “ceilings,” and debuted a new song called “Emma.”