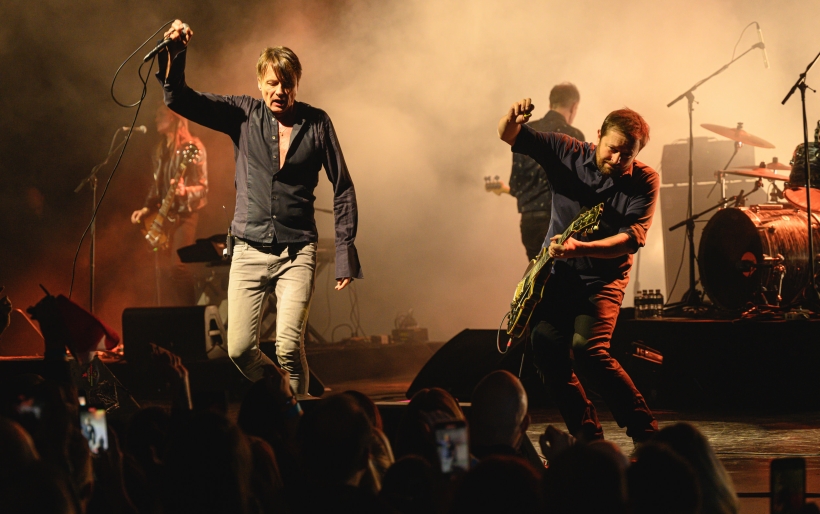 The London Suede Preachers | by Joe del Tufo for WXPN

The Britpop legends shared a memorable bill at the north Philly venue.

This was not what I was expecting. Two of the biggest Britpop bands (perhaps only second to Oasis and Blur), both of whom have headlined massive stadiums in Europe, were paired together in relatively small venues in the US. They alternated sets each night, and each played 70 minutes or so without an encore.

Saturday night at the Met there is a line around the block, the first I’ve seen at the venue. The t-shirts worn are 70% Suede, a band that has always flown under the radar for me, and 30% Manics, a band I’ve enjoyed for decades. So many fans were dressed dramatically beyond just t-shirts, almost like 90’s cosplay.

In Philly the Manics open and Suede follows. This was fine with me, in case Suede lulled me into an early exit. The venue was not sold out, but close; the pit was packed and the energy palpable.

The Manics opened strong with the poppy “You Stole the Sun From My Heart,” perhaps the tune that marked their shift from a punky rock band to a more accessible (and successful) rock band. To my eyes they seemed a bit subdued on the stage, with even the normally vibrant bassist Nicky Wire dance-walking with an occasional air kick and vocalist James Dean Bradfield mainly moving with his eyes. 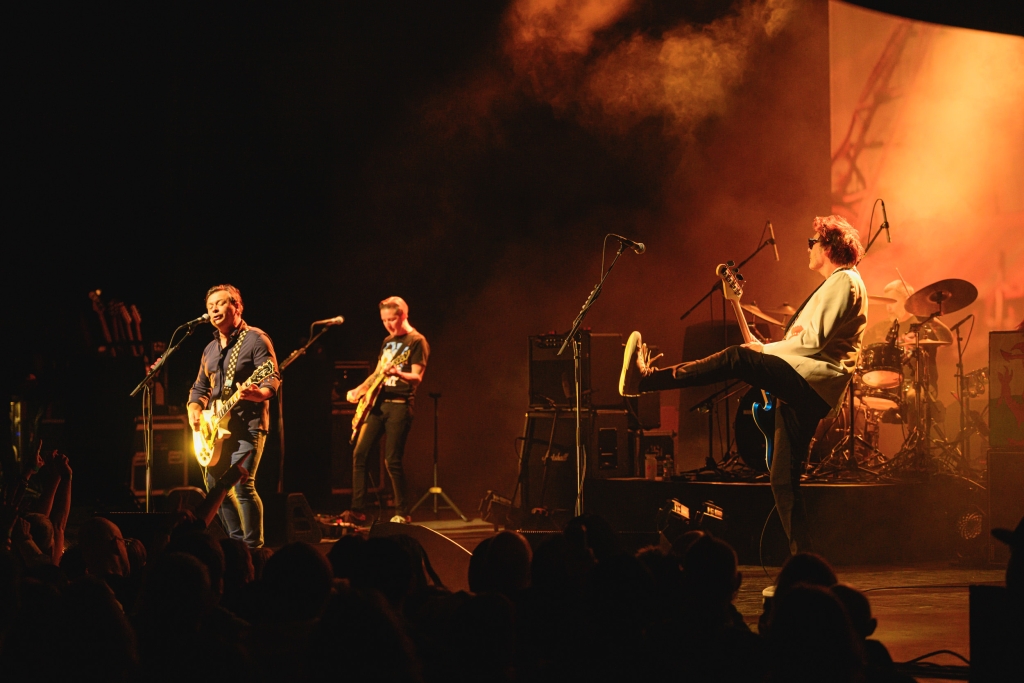 The Manics’ set was a nice cross-section of close to 30 years of great music, from the edgier era that included “Slash ‘n’ Burn” and “You Love Us,” through the classics like “Motorcycle Emptiness” and their massive Welsh anthem, “A Design for Life.” They peppered in two covers, the M.A.S.H. theme “Suicide Is Painless,” which they have played many times over the years, as well as a surprising rendition of The Cult’s “She Sells Sanctuary.” When a request for the volatile “Faster” was made from the crowd, Bradfield responded with a solo acoustic 30 seconds of the track played like a campfire ditty. Point taken.

I wanted more, but those around me who had never seen them before loved the set. I’d seen them many years ago in the Bowery Ballroom slamming into everything they could find and then mysteriously disappearing the second night of the tour. But that was a different time.

It’s hard not to compare when you have two headliners, especially notable acts from a similar genre and time. I had tried to get into Suede a few times over the years, but they never stuck. Tonight was different.

From the opening salvo of “Turn Off Your Brain and Yell,” which was apparently a brand new track, it was clear we were in for a different experience. Frontman Brett Anderson was up in the air, pacing across the stage like a feral animal, and dropping down into the crowd almost immediately as they moved into one of their biggest hits, “The Drowners.” The energy in the room had changed visibly. As one of my friends put it, “The Suede fans were manic, the Manic fans were chill.” 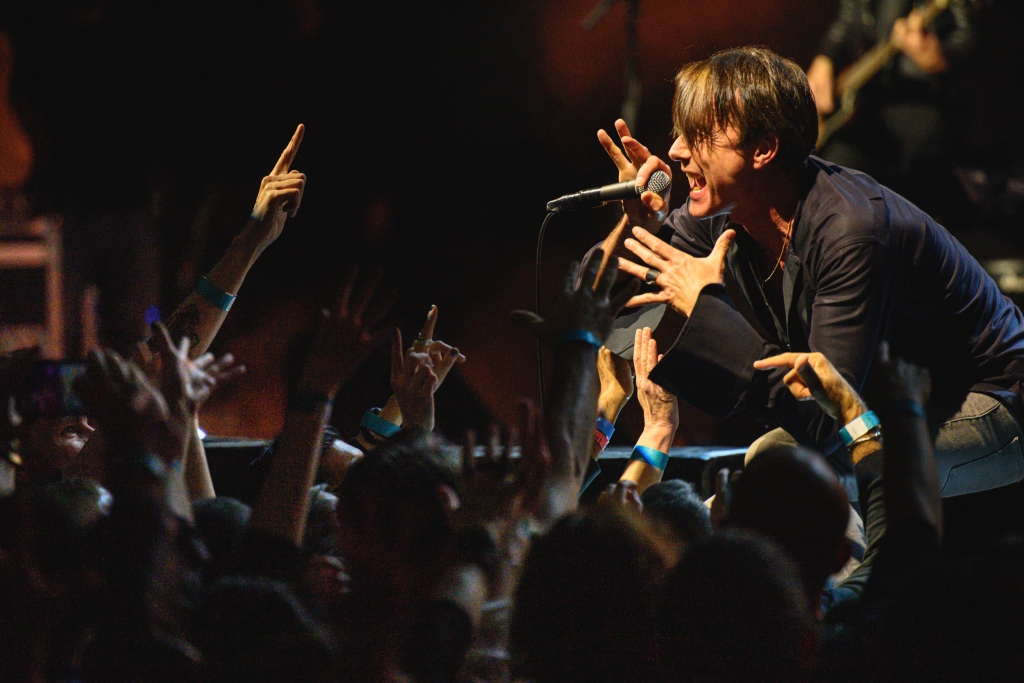 The London Suede Preachers | by Joe del Tufo for WXPN

The heart of their performance was a strategically strung selection of top 10 singles — from the searing “Animal Nitrate,” then the infectious “Trash,” which was woven into “That Boy On the Stage.” The set felt artful and choreographed in a natural way, and above all, connected to the magnetic crowd. And as it turns out, there were no lulls. Even the stripped-down “Drive Myself Home” was intense in its solitude, with Anderson singing from his knees in the perfect silence of the Met.

Their closing track, “Beautiful Ones,” was a perfect choice, engaging the now fully rabid fans in a “la-la” singalong that made the night go out with a positive bang. It was a sensational and unexpected performance from the band long ago passed by.

My only request was that I wanted more! Perhaps this format would be even better by adding a few connected acts and upping the ante. Oasis, Pulp, The Verve, or Blur on this ticket would easily double the crowd for a show like this, and make for an entirely unique US tour.