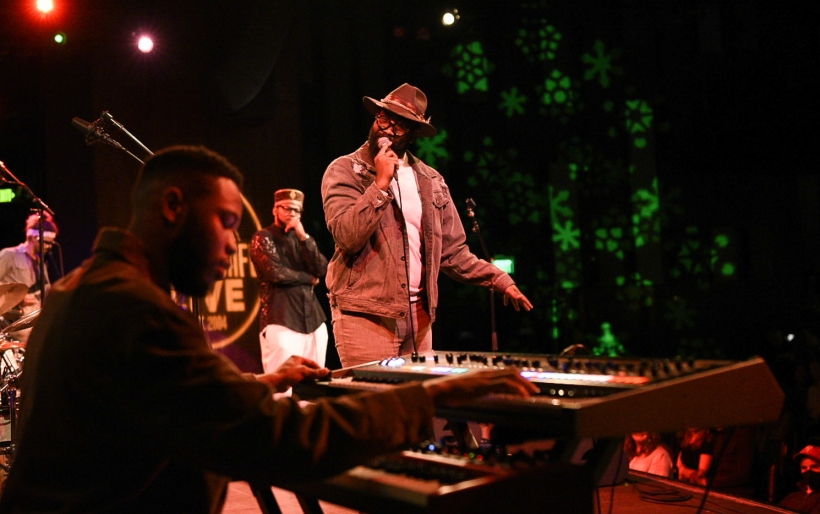 Arthur Thomas & The Funkitorium | photo by Paige Walter for WXPN

Watch the 14th Annual WXPN Home for the Holidays Concert

Ring in the holiday season with Home for the Holidays, a holiday concert hosted by WXPN Local’s John Vettese.

As the 2022 calendar winds down, WXPN celebrates the holiday season with a slate of special programming, and a cornerstone of that is the station’s annual Home For The Holidays concert.

Launched by Helen Leicht in 2009, Home For The Holidays is a place for Philadelphia regional artists to take to the stage and perform their renditions of holiday classics for the XPN audience. 2022 marks the first year the concert is being hosted in-person at The Music Hall at World Cafe live in three years after going virtual in 2020 and 2021.  This year’s concert was meant to be a party, setup as a traditional rock show, instead of solo artists in-the round as it had been in years past.

Watch the show below: singer-songwriter Sug Daniels kicks things off at the top, followed by the wild and wonderful instrumental expanse of Muscle Tough about 21 minutes in, and closing at maximum energy with an hour-plus set by Arthur Thomas and the Funkitorium at the 54-minute mark.

The 14th Annual XPN Home For The Holidays Concert via NPR Live Sessions was webcast on Tuesday, December 20th at 8 p.m. ET, simulcast on the WXPN audio broadcast.  Segments from the concert will be featured on Christmas Eve during Robert Drake’s holiday marathon The Night Before, and on Christmas Day.