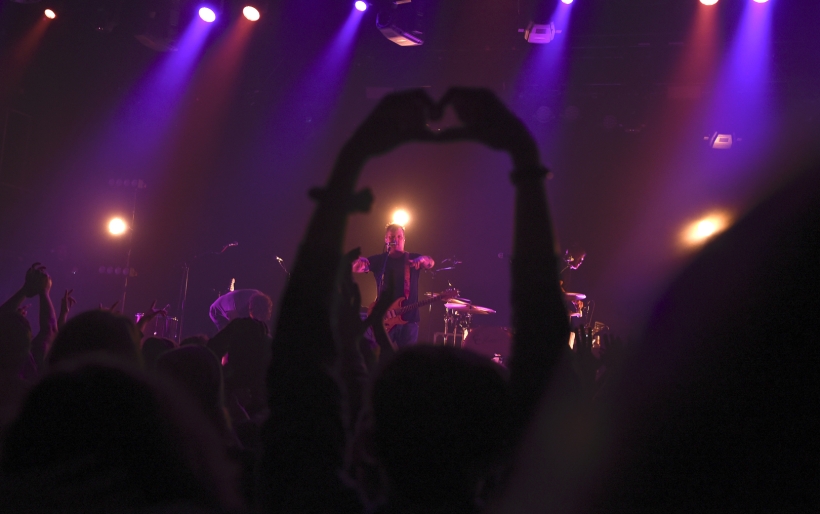 Nice On Ice: Modest Mouse celebrates the legacy of ‘Lonesome Crowded West’ at a packed Fillmore

The album’s 25th anniversary run made for a riveting, reflective show.

Album anniversary tours are big business in 2022. When a legacy artist doesn’t necessarily have anything new on the agenda, it gives them a chance to keep their chops up while guaranteeing fans a chance to see that band they love perform that album they fondly remember in full.

Sometimes it even elevates their draw; despite playing a 30+ song set to a not-sold-out Underground Arts just last November, The Lemonheads recently packed the house at the much larger Union Transfer for the 30th anniversary of It’s a Shame About Ray, delivering a show that was admittedly unwieldy and somewhat detached – preluding the gig with fan favorites before launching unceremoniously into “Rockin’ Stroll” was an odd decision – but ultimately it was rather enjoyable once the album performance kicked in.

Other times, the anniversary tour ends up being a safe underplay that proves wildly successful – Broken Social Scene also sold out Union Transfer earlier this fall for a run to celebrate the 20th of their breakout album You Forgot It In People, a set that interspersed all of the songs from that album with back-catalog divergences, guest collaborations, and soliloquies by frontperson Kevin Drew. It was an unhinged gig that cultivated a sense of joy and community among fans.

When Modest Mouse played The Fillmore last Thursday for the 25th anniversary of of The Lonesome Crowded West, their critically acclaimed and somewhat cult favorite sophomore album, they in a way took both approaches. Having just played The Met in 2021, this was the safe-underplay route of Broken Social Scene that filled the Fishtown club beyond capacity. And rather than mix up the song order, they played the album in its entirety, front to back, as The Lemonheads did. West is a long record anyway – an hour and 16 minutes without the light banter and fervent jams that a live setting necessitated – meaning that it could sustain the entirety of the main set in and of itself.

In a way, this approach to the show got at the ideal heart of the album anniversary gig; it felt like listening to a favorite record, in a room full of fellow fans, performed in real time by the people who made it (some of them, anyway; a lot of new faces were in this iteration of Modest Mouse, and day-one drummer Jeremiah Green was conspicuously absent). And to whatever degree the element of surprise was nil, the audience nevertheless screamed with wild excitement the moment “Teeth Like God’s Shoeshine” springboarded into “Heart Cooks Brain,” as though they didn’t already know it was coming. 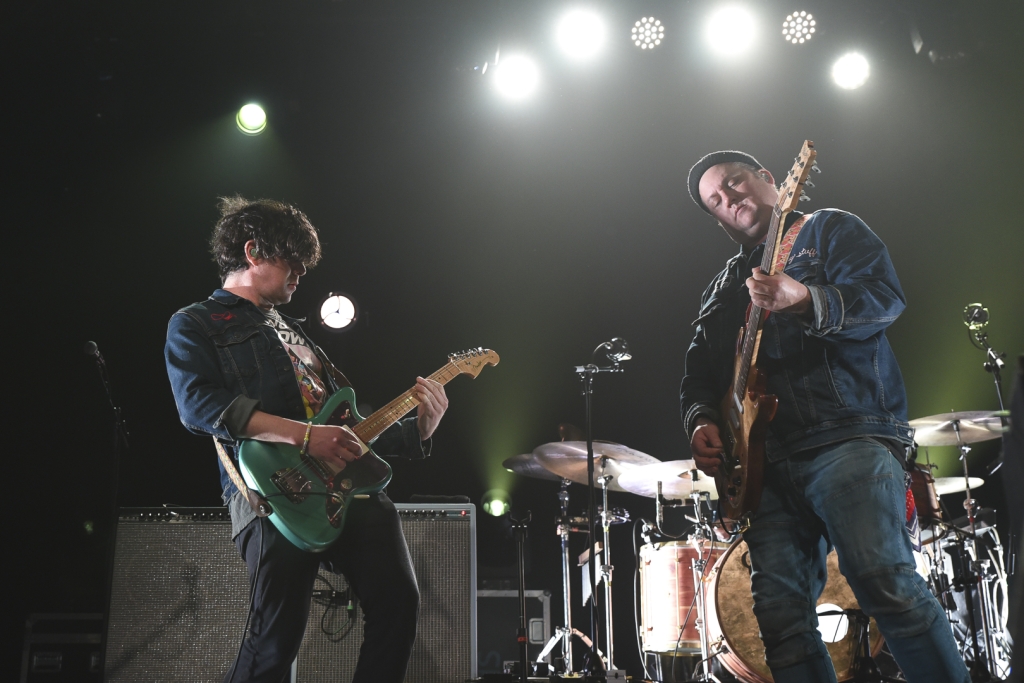 Like a well-traveled road trip, though, knowing the route by rote allowed us to appreciate the finer details of the journey; “Shoeshine” was one of many expansive, seven-plus minute songs from the concert (and the album), and hearing them as a batch underscored the way West found Isaac Brock and his fellow scruffy northwestern indie punks flirting with prog. Not prog in the virtuosic, conservatory-schooled sense of the 70s, but more of a skronk-prog where songs are long and explosively cathartic; this recurred later in “Truckers Atlas,” where Brock’s clever technique involved screaming lyrics into his guitar pickups, and again in the weird and warbley sway of “Cowboy Dan.”

Other moments were just pure explosions. “Convenient Parking” was a rager that had the room’s temperature and voices raised, even if Brock missed an opportunity to send it out to gig latecomers who couldn’t find a spot for their car. “Doin’ The Cockroach” was a similar mix of singalong and surging mosh pit. On the album standout “Trailer Trash,” Brock moved from gentle to riveting, flowing with the music in a way that showed he still very much connected with these songs he wrote a quarter century ago. 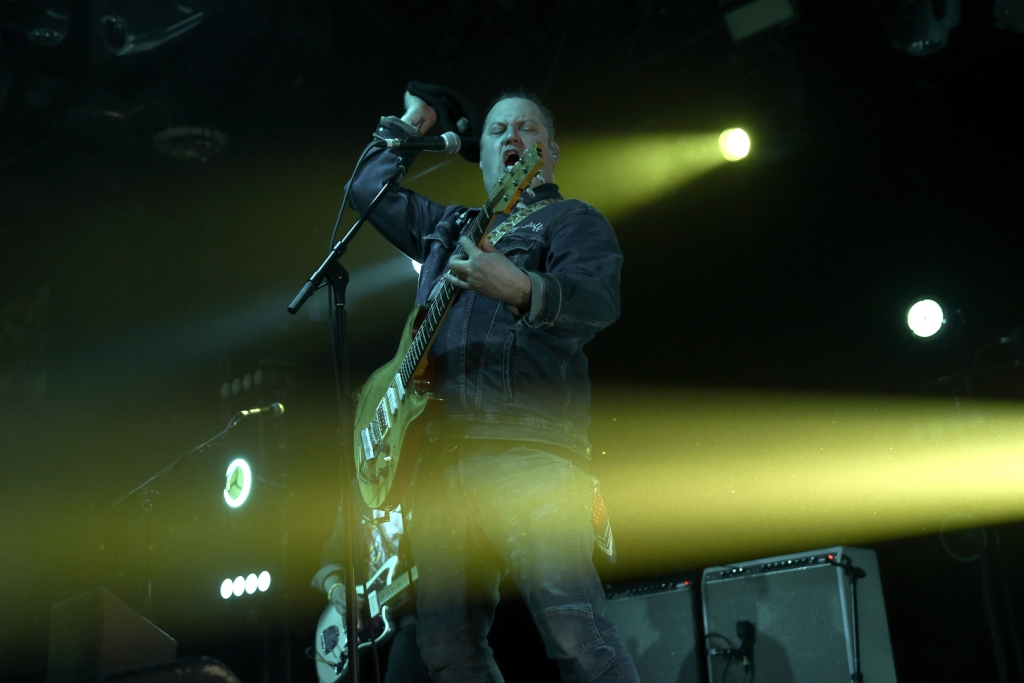 The Lonesome Crowded West was not Modest Mouse’s most commercially successful album; that title goes to 2003’s platinum-selling breakout Good News for People Who Love Bad News. And it might not necessarily be the fan favorite, either; The Moon and Antarctica or This Is a Long Drive for Someone with Nothing to Think About are just as likely to be namechecked in debates among heads. What it was – and is — is an artist’s bold statement bridging a journey from scrappy DIY living to polished professionalism, and one that prefigured decades of music that followed. It was no surprise seeing members of The Districts and Alex G’s band mingling among the crowd at The Fillmore, and while you could certainly hear West’s DNA in their unconventional approach to modern rock, you could also hear it in surprisingly bigger ways…like the moment you realize that the stomping acoustic portion of “Styrofoam Boots/It’s All Nice on Ice, Alright” might just be proto-Lumineers, only cooler.

After the celebration of the album, Modest Mouse kept it in the 90s for their encore, giving a lovely performance of “Whenever You Breathe Out, I Breathe In (Positive Negative)” from the Interstate 8 EP (or from the compilation Building Nothing Out Of Something, depending on where you heard it first) as well as Long Drive’s “Edit The Sad Parts.” That, along with a pensive e-bow-driven cover of The Flaming Lips’ deep cut “Five Stop Mother Superior Rain,” ended the night.

Below, check out a gallery of photos from the show, beginning with a handful from performance artist Rex Marshall, aka Mattress, who opened the show with a set of gold-suit-clad, beat-driven, lounge camp that simultaneously perplexed and pleased the crowd.