12 concerts to see this week, including Kississippi, Chaka Khan, Wheatus and more - WXPN 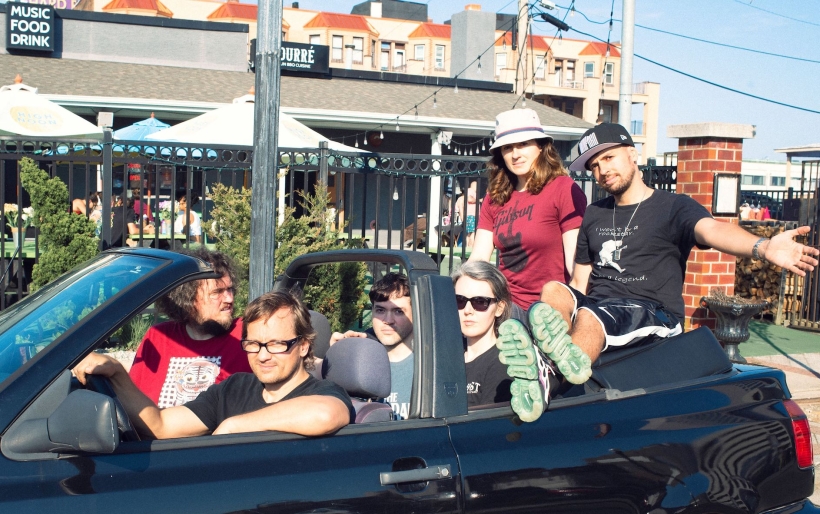 12 concerts to see this week, including Kississippi, Chaka Khan, Wheatus and more

Soul, thrash, and everything in between hit the stage in Philly this week.

January is a quiet time for tours, meaning this week’s concert offerings are either highly in-demand (the very sold out, multiple-times-rescheduled They Might Be Giants stint at Union Transfer) or focused strongly on Philly artists playing hometown gigs. Which, the latter is just fine with us; here are 12 concerts to see in the next seven days, all around Philly; tickets and more information can be found at WXPN’s concerts and events page.

Philadelphia born soul and R&B songwriter Bilal is back for a couple hometown shows this weekend at City Winery. Catch the talented producer and collaborator, who’s worked with Kendrick Lamar, Beyonce and The Roots just to name a few, at 6 p.m. or later at 9:30 this Sunday for a memorable performance of his eclectic, decades-long discography. // 6 p.m., $35, AA

Dazed yet deeply introspective rockers Golden Apples are right at home on the Philly independent label Lame-O Records, which they helped celebrate 10 years at The First Unitarian Church in December. Now they’re headlining their own banger of a bill at KFN for a lovely Sunday evening show. We wouldn’t miss this one. // 7:30 p.m., $15, 21+

PA-born singer-songwriter Cosette Gobat is has traveled the east coast, lived abroad in London, and is back home this winter, with a gig Sunday night at legendary West Philly spot Abyssinia. Her emotive, reflective take on indie pop will be accompanied by cellist Alyssa Almeida,  and the bill is rounded out by Type A Minus and Bunny Tonight. // 8 p.m., $10, 21+

Vocalist, guitarist, trumpeter, band leader, and actress Bianca Love pays Philly a visit this Tuesday for two sets at Chris’ Jazz Cafe in Center City. It’s her first show of the year, and she promises unreleased originals and catalog faves in her set, along with “compositions by artists that have heavily inspired me – such as Ellis Marsalis, Charlie Parker, Billie Holiday, Antonio Carlos Jobim and more.” Joining her is a knockout band of two Philadelphians (bassist Richard Hill Jr. and drummer Khary Abdul Shaheed) and one NYC player (pianist Lawrence Fields). // 8 p.m. and 9:30 p.m., $15 and up, 21+

Power to the Women - Bianca Love

Another all-local lineup to check out this week is at everybody’s favorite Fishtown club, Johnny Brenda’s. All three bands have new music to share, including Kississippi, who are getting ready to head in the studio to record their next album, and Highnoon who released their new video for “Are You With Me” with XPN ahead of its streaming release. (Photographer J. Lieby’s band Julian is playing their first JBs gig since the November release of their Yearning Songs EP.) All sentimental indie-pop fans should be here tonight. // 8 p.m., $15, 21+

“Ain’t Nobody” and “I’m Every Woman” singer-songwriter Chaka Khan is at the Mayo PAC this Thursday for all of our Lehigh Valley-area listeners to go see. Celebrate Khan’s landmark career, including three wonderful releases in the last five years, at the historic north Jersey theater. // 8 p.m., $69 and up, AA

Chaka Khan - I Feel for You

Slack rock faves Wheatus are full of surprises: the enduring power of their breakout single “Teenage Dirtbag,” for one, which has been covered by folks from Phoebe Bridgers to Queen Of Jeans. Or the fact that the scrappy alt-punk trio from the turn of the millennium is now a robust six-piece band. Led by songwriter Brendan B. Brown, Wheatus comes to Philly this Friday to headline The Music Hall at World Cafe Live. Opening the show are LA singer songwriter Todd Morse, and Pokejawn, Philly’s only Pokémon-themed band.  // 8 p.m., $22, AA

Shimmery indie popsters Joy Again have made a decent impact on the national music scene but they’re back in their hometown of Philly this winter and headlining a 4333 gig at the Ukie Club Friday. Active since the mid 20-teens, their music has grown from stripped back acoustic pop to emotive synth rock, heard on their recent singles “Who Knows” and “What Lovers Do.” Come hear what they’ve got happening next in this gig with Air Devi and wonderglu. // 7:30 p.m., $18, AA

If you’re in the mood to thrash this Friday night, head no further than Frankford and Girard where Philly’s High Reeper is headlining a heavy lineup. The band has the heavy tones of Black Sabbath and Mastodon, and will sound explosive alongside buds Dirty Dealer, who are celebrating their EP release. // 9 p.m., $15, 21+

Saturday 1/14: The Bigness at Ortlieb’s

They’ve been residing in upstate New York for the past few years, but Kristen Bigness and John Bueno of Philly indie four-piece The Bigness is visiting their old hometown this weekend to get the band back together. They’ll play Ortlieb’s on Saturday on a lineup with Flat Mary Road and the fabulous Disco Hootenanny, and we may also hear the live debut of Bueno’s debut solo single which reflects on the ideas of home and the passage of time, and how the connections of friendship can transcend geography. That song, “Barrell,” comes with a hypnotic music video, and you can watch it below. // 7 p.m., $10, 21+

The Bigness - The Rest of the Sky

Philly four-piece Carnivorous Bells straddles the world of progressive rock complexity and nihilistic punk a la The Jesus Lizard; this week their second LP Room Above All is out on Human Headstone Records, and they’ll celebrate it at Johnny Brenda’s with a coterie of like-minded heavy Philly weirdos with mad technical skill; the doomy soundscapes of Heavenly Bodies, the angular punk of Mesh, and the hardcore catharsis of Soft Torture. // 9 p.m., $10, 21+

Saturday 1/14: Jude Flannery at The Royal

Philadelphia singer-songwriter Jude Flannery got a nice year-end spotlight on WXPN midday host Mike Vasilikos’ local picks, and he’s taking to the stage this Saturday in Glenside. Flannery got his start in post-millennial NYC indie rock bands Knocked Out Loaded, Qatsi and Frozen Falls; after a move to the next big metropolis south, he linked up with The Walkmen’s Matt Barrick to record his album Quiet By Your Side at Germantown’s Silent Partner Studios with accompaniment from multi-instrymentalists Quentin Stoltzfus of Mazarin and Robbie Bennett of The War on Drugs, as well as sax player Keir Neuringer of Irreversible Entanglements, Philly royalty all. Speaking of royalty, Flannery’s show Saturday is at the cozy Glenside spot The Royal, opening for the latest residency show by Tom Waits-loving crew Paul Saint John and the Nighthawks. // 8 p.m., $15, AA