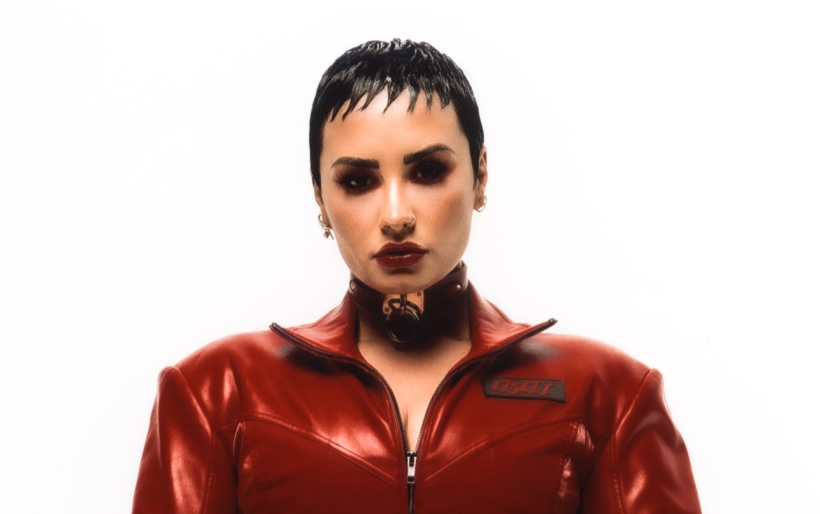 Demi Lovato finally gets to unleash her anger on ‘HOLY F***’

Demi Lovato reflects on the limitations of the “hyper-feminine pop star” and embracing a hard rock sound on her latest album, HOLY F***.

Maybe “Don’t Forget” was a reminder to Demi Lovato. That song from Lovato’s debut album wore its pop punk influences on its sleeve, and it makes her new album, HOLY F***, feel like a full-circle moment.

It’s easy to forget that before Lovato became one of the biggest pop stars of the 2010s with songs like “Sorry Not Sorry” and “Cool for the Summer,” she was making music that had more in common with bands like Hole, Veruca Salt and Paramore.

Lovato’s latest album eschews the keyboards for guitars and finds her back making the music she first fell in love with: rock. There’s a lot of serious topics on tap on HOLY F***: substance abuse, survivors’ guilt and power imbalances in relationships. But there’s also joy, acceptance and empowerment.

In this session, Demi talks about finding her way back to rock music. After her public struggles with addiction and substance abuse treatment, Lovato says this album allowed her to be her true self. It features songs written by Lovato and Laura Veitz, who’s been nominated for songwriter of the year at the Grammys.