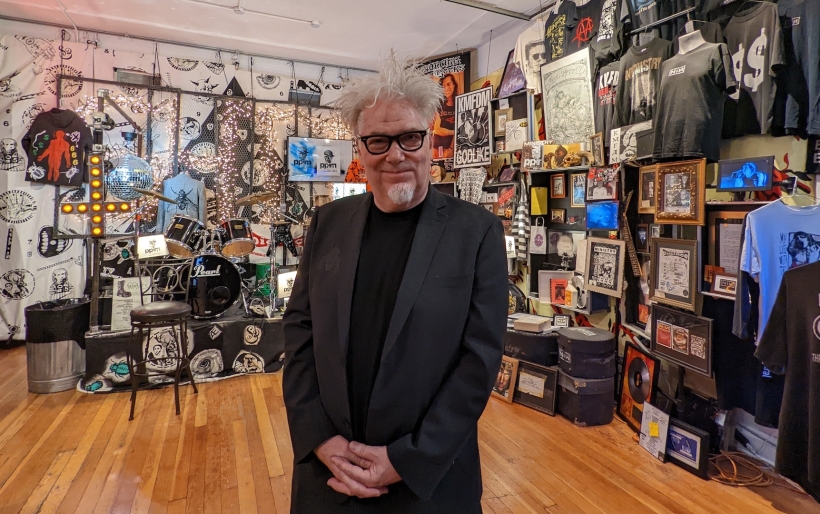 Martin Atkins gives World Cafe a tour of The Museum of Post Punk and Industrial Music.

Chicago is home to world-class cultural institutions like the Field Museum, The Art Institute and the Chicago Symphony Orchestra. They’re grand buildings filled with priceless art and immaculately displayed historical artifacts, but one of the city’s newest museums has taken a decidedly different approach.

For our latest installment of the Sense of Place series, the World Cafe team dives in to the music scene in the Windy City. In this episode, you’ll step inside one of the Chicago’s newest cultural institutions: The Museum of Post Punk and Industrial Music.

He says Chicago was the perfect place for a museum celebrating post punk and industrial music, thanks to its rich history, including being home to record labels like Wax Trax and Chicago residents like Trent Reznor and En Esch.