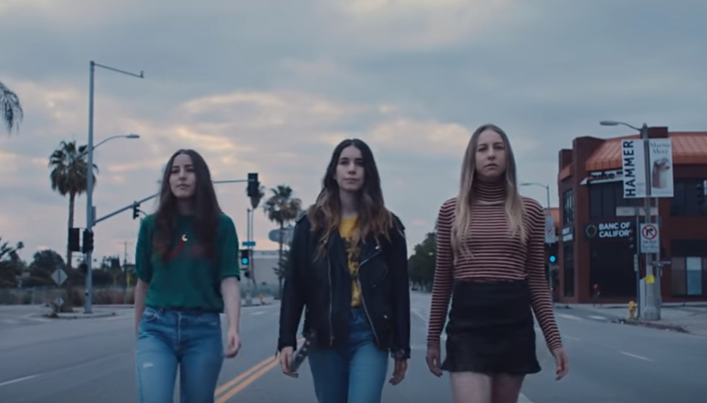 Haim’s infectious summer groove “Want You Back” now has a video to match. In the video, we follow Danielle, Alana, and Este strut down an LA street and…well that’s about it, really. But with each member’s confident, silly personalities shining through each super fierce step, the simple concept becomes an incredibly fun and highly entertaining endeavor.

With a core essence of pure fun, stupid, playfulness, the video reminds me of something that me and my sisters would probably come up with if we were ever just like hey, let’s make a music video because why not. Except we’d be lip-syncing to a song that’s not of our creation and would also probably look like complete idiots instead of cool rocker ladies. Yeah on second thought I think we’ll just leave this one to the Haim gals.

Dance along to the video below.