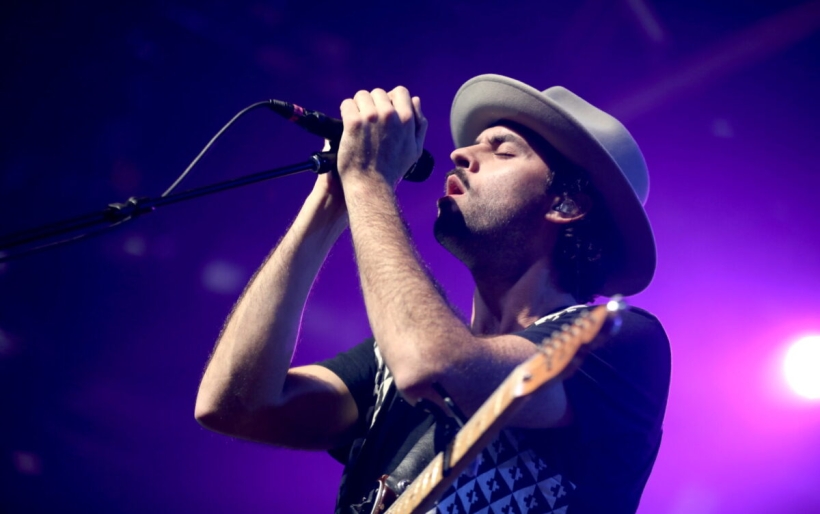 The Head and The Heart | photo by John Vettese for WXPN

Taking their time on Every Shade of Blue allowed them to go deeper into the themes they wanted to explore and it also strengthened their bond, professionally and personally, singer and songwriter Jonathan Russell said on the XPN Morning Show.

“I love the word ‘cinematic,” said Jonathan Russell of The Head and the Heart after hearing the band’s new album described that way. “I guess in general I like watching movies or Netflix and I usually get a lot of ideas [from them].”

It’s release day for Every Shade of Blue, the Seattle-rooted band’s new album — their fifth studio release so far. Chatting on the XPN Morning Show, Russell reflected on how the turbulence of the time since their 2019 record Living Mirage impacted the process when they commenced work on its follow-up.

“There’s six of us, so there’s a lot of cooks in the kitchen,” Russell said. “We can be over-editors and over-censor our music from time to time. And [with] this record, there was something about the mortality we all felt in the last two years that allowed us to be more bold.”

They decided to unflinchingly look at the “frightening moments, beautiful eye-opening moments, don’t-take-things-for-granted moments” and let the album organically take shape over many months of remote work with a variety of producers, rather than the hyper-condensed creative process of their previous work.

“A few of us really enjoy that kind of pressure cooker energy where [we] have to come up with this idea now or it’s gone,” Russell said. “Personally I thrive on that, but there’s quite a few people in the band that really thrive on having their own space and really be able to curate their own headspace and really work out their own parts before presenting them.”

Taking their time on Every Shade of Blue allowed them to go deeper into the musical ideas and lyrical themes they wanted to explore — they had 19 songs slated to record, and 16 made the final cut — and it also strengthened their bond, professionally and personally.

“We became closer as friends and band members, because there’s something about, for the first time ever, having that time apart,” Russell said. “You start looking at each other as people and not band members. And honestly it did wonders for our relationship — I think we got another ten years in us now!”

Listen to the interview in full below. Every Shade of Blue is out now via Warner / Reprise Records, and can be listened to here.