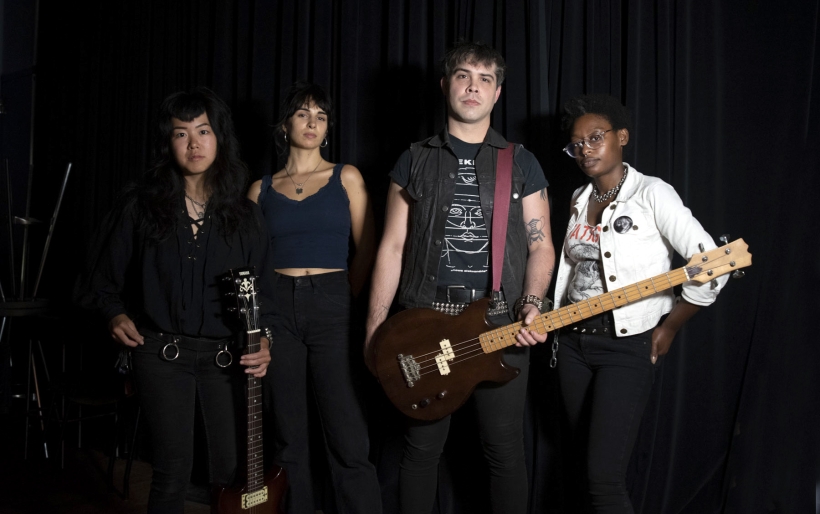 The Ire | photo by Paige Walter for WXPN

The Key Studio Sessions: The Ire

The West Philly four-piece played a thrilling set at WXPN studios ahead of their October tour.

The Ire is a four-piece goth-tinged post-punk band from West Philadelphia; but as writer Alex Smith put it when interviewing the band for WXPN in 2019, they’re also so much more.

“They’re the embodiment of a city that feels immersive, both in the music and art scene as in daily life,” Smith wrote. “Philly is a city filled with the dreamy chaos of refinery explosions and alternative pride marches, and somehow The Ire has managed to channel this kind of stuff into an EP and accompanying live performance truly representative of that lived-in, on-the-brink nervous energy.”

The band first hit our radar with a gripping performance at Break Free Fest, an annual multi-day gig aimed at centering the voices of Black and brown folks in the punk and hardcore scenes; their subsequent singles and EP releases drew us further in, and this June, The Ire put out a stellar full-length record called What Dreams May Come. On the surface, you could say it’s reminiscent of late 70s and early 80s records by The Cure and artists in their orbit, but there are much deeper reference points to be found for those in the know or those willing to dive in: in that interview with Smith, The Ire cited styles from anarcho-punk to Russian rock, and artists like Glorious Din and Khno, as influences and inspirations on their aesthetic.

Comprised of vocalist Maya, drummer Ashley, bassist Daniel, and guitarist Florence, The Ire heads out on a U.S. tour this month in support of What Dreams May Come. Kicking off Saturday at Baltimore’s legendary Ottobar, it loops around the northeast and midwest, returning home to Philly on October 13th, where they’ll play Johnny Brenda’s with Screaming Feamles and Ghösh for Philly Music Fest. Check out their full tour dates in the flyer below, and watch four performances recorded live in WXPN studios for this week’s Key Studio Session, beginning with the explosive “Crisis.” 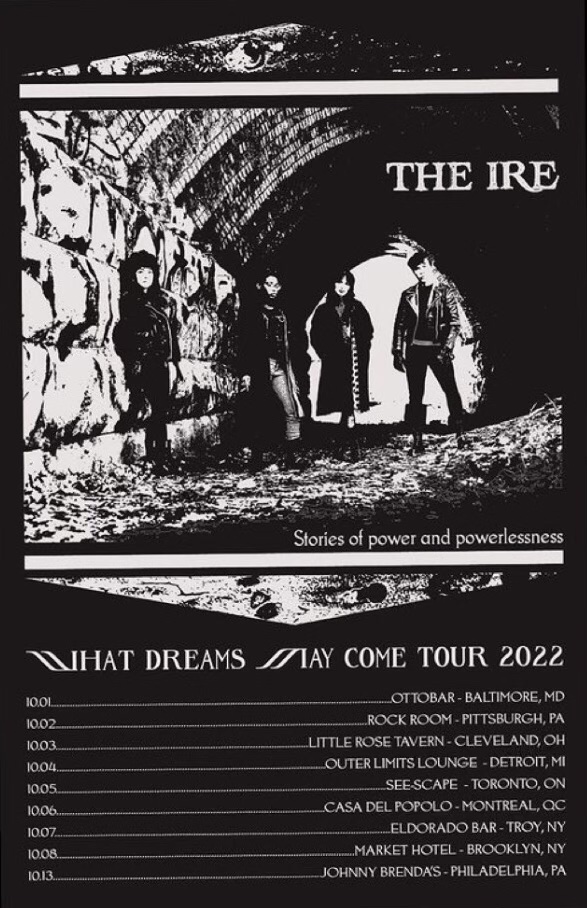