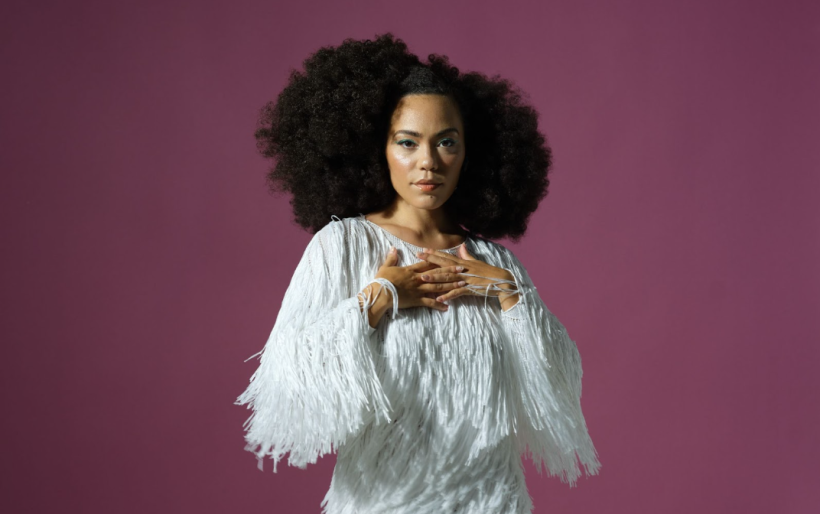 The R&B singer blends traces of dance rhythms and a cappella into a balm for an unquiet mind.

In a year that’s been ridiculously saturated with top-notch R&B, don’t let Madison McFerrin slip under the radar. If that name immediately brought the strains of “Don’t Worry Be Happy” to the front of your mind, you’re not mistaken; the Brooklyn-based performer and producer (who has roots in Philly and Boston) is the daughter of a cappella vocalist Bobby McFerrin. On new single “Stay Away (From Me),” her father’s technique and craft comes through in subtle but perceptible ways.

In a press release, McFerrin describes “Stay Away” as “a conduit to — and through — the fear of the unknown that was so ripe in [late 2020].” The harmonies that swaddle the track are a balm to uncertainty, to a restless mind that’s “been dealing in my feelings a bit too much.” On the microphone, McFerrin’s voice manages to be both effortless and totally in control. She’s firmly in the driver’s seat, and there’s never a moment of fear when you’re along for the ride.

“Stay Away” also happens to be one of McFerrin’s first fully self-produced efforts, and she proves more than capable in that arena too. This particular arrangement is all about the build: one by one, cowbell, conga, and shaker are layered on top of warm synthesizers and the steady pulse of a kick drum as the song blooms and expands. Each sound holds the faint echo of a dance beat — just enough to trigger those sense memories without letting the rhythm carry you away.

Watch the psychedelic heat map of a music video below, and while you’re at it, check out Madison McFerrin’s Key Studio Session from 2020. More details and updates can be found on her Instagram.