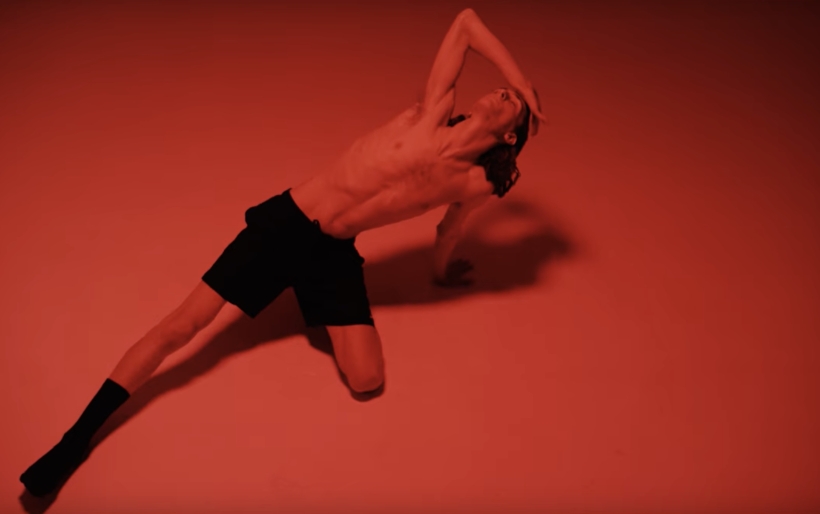 Somewhere between the end of the last decade and the beginning of this one, gray sweatpants became a symbol for a very particular kind of desire. When a guy wears them, he becomes the physical embodiment of a thirst trap, a depiction of mundane eroticism that’s also totally innocuous; in other words, you can see everything that’s going on down there.

There’s no doubt that Bobby Brown knew exactly what he was doing when he released “Grey Sweatpants” last week as the first single from his forthcoming album Memory Forever. As the frontman and mastermind behind the Philly-based band Rentboy, Brown makes glitchy bedroom pop that yearns with desire and winks with sexuality and sly references to online pop culture. It’s right there in the name—a “rentboy” is either a reference to Trainspotting or British slang for a young male sex worker.

After an opening passage that samples some heartsick, soulful rendition of the chorus, Brown tosses out a quintessentially Rentboy couplet: “Fake leather is my favorite drug / Spread out on the IKEA rug.” The line is kinky, witty, and sadder the more you listen. In the band’s Key Studio Session, he likened his writing process to exploring the story behind a single frame in a movie, and if details like “conservative and twenty-two” are any indication, “Grey Sweatpants” tells the story of an illicit or closeted hookup. Over plaintive piano chords and a 2-step garage beat, Rentboy flips the song’s title on its head into a desperate kind of yearning.

Memory Forever, Rentboy’s second album, comes out November 4th. Watch the music video for “Grey Sweatpants” below, and while you’re at it, check out the band’s Key Studio Session from last year.