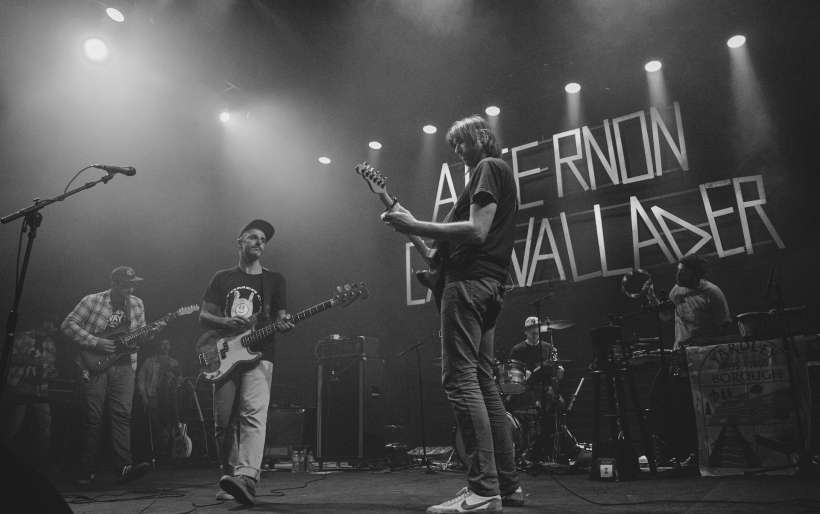 The influential Philly faves played their first hometown shows in almost a decade this weekend.

A few years ago, very few people would have seen an Algernon Cadwallader reunion coming. Though widely celebrated and influential, the band was still ramshackle and unhinged when it parted ways in 2012. Their shows featured sweaty crowds of screaming fans knocking over their instruments and unplugging cables; the band members wound up going on to bigger and more “professional” things — whether it be guitarist Joe Reinhart’s role in Hop Along and as a record producer at Headroom Recording, Peter Helmis’ time helming Dogs On Acid and Yankee Bluff, or the nursing career drummer Tank Bergman stepped down for.

But things like Rolling Stone ranking the band’s Parrot Flies in its “best emo albums of all time” list, or vinyl reissues selling out with the quickness, perhaps made Algernon realize that there was something unique and special about its brand of cathartically beautiful mathy indie rock, and this year’s reunion tour became an in-demand ticket, with one night at Union Transfer selling out and a second night coming close. 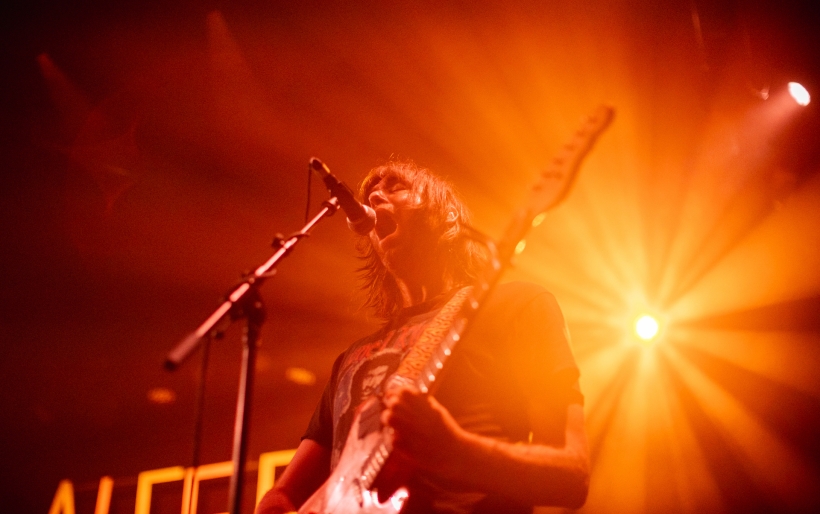 The full five-piece compliment of the band — rounded out by guitarist Colin Mahony and keys player / percussionist Nick Tazza — sounded remarkably polished at Union Transfer, opening both shows gorgeously with “Look Down” before upshifting into explosive territory. The band joked about the now-and-then differences. “My bass head broke,” Helmis announced on Saturday before making a switch off. “Now it’s officially an Algernon show.” Later in the set, he said “Feels like back in the day this show would have ended a half hour ago. Tonight, we think we’ll play for another half hour.”

But the crowd was there for it, all close-to-90-minutes of it, with fist-pumps, crowd-surfing, circle pits — especially when the band urged them on during their iconic “Spit Fountain” — and of course screamalongs.

The excellent Brooklyn band Customer opened the show on Saturday, along with trippy Philly friends Sun Organ; on Monday, it was all local support with Eight, Lizdelise, and Big Nothing. Check out photos from the show in the gallery below; the band’s tour continues tonight in Richmond, Virginia, full dates can be found here.