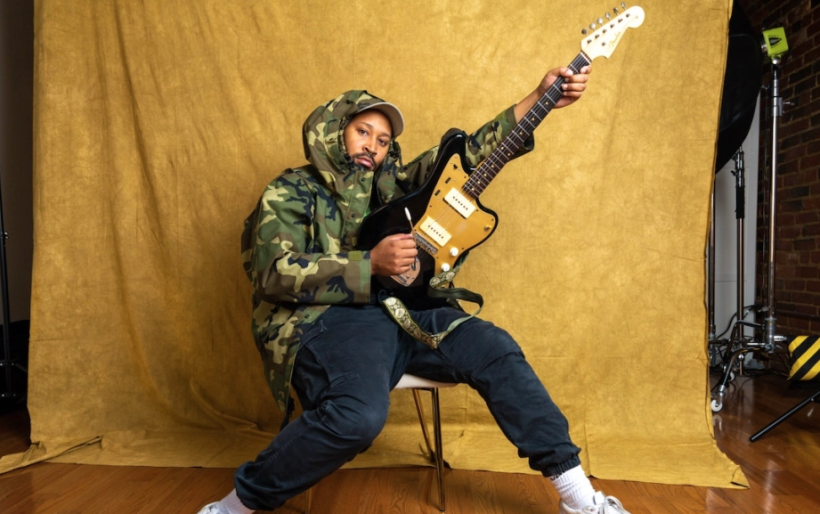 Sing, dance, mosh, cry; you do you at these shows.

Synthpop to serene singer-songwriters, it’s another eclectic and exciting week all around Philly. Here are 15 concerts to see in the next seven days; tickets and more information can be found at WXPN’s concerts and events page.

After performing one of the best Free At Noon concerts of 2022 – don’t believe us? Listen here. – Phoenix-via-Nashville singer-songwriter Courtney Marie Andrews and her stellar band play 118 North tonight in Wayne. Their new album Loose Future is out now, The Dead Tongues open, and if you bought tickets for this show when it was originally located at MilkBoy, take note: the gig has been relocated up the Main Line. // 7:30 p.m., 18, 21+

One of the best releases of 2021 that’s enjoyed a new life in 2022, Mercurial World by Miami duo Magdalena Bay skips around across all manners of electronic music, from 8-bit to hyperpop to rippling trance. The bow that keeps it all tightly wrapped together is the stellar songcraft of Penn alum Mica Tenenbaum and her creative partner Matthew Lewin, and their ability to craft music that uplifts with dazzling hooks, warm melodies, and positive energy, while also subtly cutting the mood with lyrical moments of existential dread. They’re not here to wallow, though, they’re here to dance, and you can do that with them tonight at Union Transfer. // 8 p.m., $25, AA

Chicago singer-songwriter Jess Shoman and her band Tenci are taking another pass through the Philly region – roughly their third time in the past year – to headline PhilaMOCA in support of their new album A Swollen River, A Well Overflowing. With meditative songs in the vein of early Angel Olsen, Tenci alone would make this a stellar show, but the Philly openers emospacebird. and Ther provide an even stronger case for going out on a Monday night. // 8 p.m., $13, AA

Ever listened to a live album and wondered “how do I get to be one of those people cheering in the crowd”? Now’s your chance, as long-running blues-informed local rockers Pawnshop Roses are recording their new live album this Monday with a show at Ardmore Music Hall. It’s free to attend, but you have to RSVP to claim your spot. // 8 p.m., FREE, 21+

New York City roots trio and XPN favorites The Lone Bellow are back in Philly this Tuesday to play Union Transfer in support of their just-released album Love Songs For Losers. It’s their fifth studio album, and and Pop Matters called it a reflection on “love and pain, life and death, how we are all doomed to die and the simple joys we can have in the meantime.” Sibling trio Bailen opens the show. // 8 p.m., $28, AA

Thee Sacred Souls is quickly making a name for themselves with their easy-going Motown-influenced soft jams. The San Diego trio will bring the charm, and local opening act AJAY, to the cavernous Underground Arts. // 8 p.m., $20, 21+

Innovative and iconic singer-songwriter Ani DiFranco’s latest release, the 25th Anniversary Edition of Living In Clip, is a collection of live recordings remastered, and is touted as the next-best-thing to experience her show in-person. But fans have the chance to do just that on Thursday at one of the best concert venues in Philly, Union Transfer. // 8 p.m., $35, AA

York, PA made the short list of tour dates for soul superstar Gladys Knight. Make it out to the Appell Center’s Strand Theatre to hear GK & The Pips classics that span all the way back to the 60s.  // 7:30 p.m, $70, AA

Gladys Knight and the Pips - Neither One Of Us

Roots rock and singer-songwriter fans are looking forward to seeing Josh Ritter this Thursday in New Jersey. If the troubadour-style, acoustic guitar music suits you, Ritter is known as one of the best. // 7:30 p.m., $39, AA

Josh Ritter - All Some Kind of Dream

Here’s an anecdote that gives an idea of what to expect from a Rayland Baxter show: for the making of his new album If I Were a Butterfly, the Tennessee singer-songwriter spent more than a year toiling away at a studio in a former rubber-band factory. It’s a setting that reflects Baxter’s blend of psychedelia and ‘60s pop, which is elevated by a commanding voice and the eccentric stylings of his onstage ensembles. // 8 p.m., $22, 21+

Rayland Baxter - If I Were A Butterfly

Friday 11/18: Bartees Strange at The Foundry

Bartees Strange has been a station favorite this year. He played XPNFest this year, with a set that Walden Green described as “a run where every song was more innovative, ballsy, and breathtaking than the last,” and that same weekend guest DJ’ed on the Friday Morning Mixtape for an hour of deep funk deep cuts. Strange is one of the can’t-miss live acts of the present indie moment, something he’s sure to prove again at the Foundry. // 8 p.m, $22, AA

Stella Ruze is a point of local pride for XPN and the Philly folk rock scene. The seven-piece recorded one of the last pre-pandemic Key Studio Sessions in 2020, and John Vettese recapped their set at last year’s XPNFest. Their blend of New Orleans sounds and jam scene energy — bolstered by mandolins and four-part vocal harmonies — is perfectly engineered to get a crowd (especially a tipsy one) out of their seats and dancing. // 10:30 p.m., $5, 21+

Not to do them dirty, but these past few years Baltimore indie punk-emo hybrid Pinkshift have been playing an extended game of “always the bridesmaid, never the bride.” After sharing bills with genre stalwarts like PUP, Mannequin Pussy, and Sheer Mag, they’ll finally be claiming their spot in the limelight with an upcoming headlining gig at the First Unitarian Church, accompanied by Jigsaw Youth and Jhariah. // 8 p.m., $16, AA

Pinkshift - nothing (in my head)

She’s described in press releases as “the one and only Lady Alma,” if that gives you a sense of the gravitas one of her shows holds. At the Music Hall at World Cafe Live, she’ll be joined by Philly’s Vertical Current & V The Vocalist, plus DJ Reddz, to cook up a fusion of jazz, soul, and house that’s sure to fuel for the body as well as for the heart. // 7 p.m., $17, AA

Philly-rooted label Ramp Local is spreading its wings with a two-night showcase – one at Johnny Brenda’s in Fishtown, followed by a second night at Brooklyn’s Iconic Baby’s All Right. Unhinged label stars Godcaster headline the Philly gig, along with Turbo World and Tomato Flower. // 8 p.m., $13, 21+