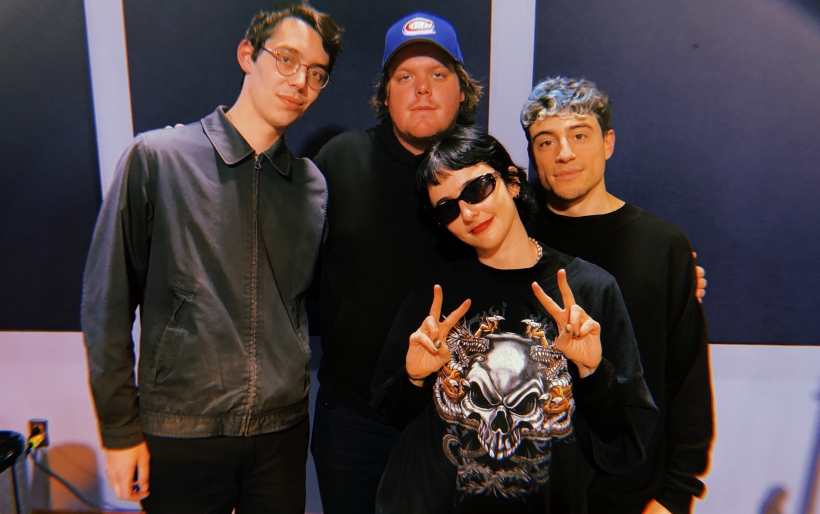 The Los Angeles-based shoegaze/pop combo perform songs from their new album, What Kind of Blue Are You?, in their IRHP debut.

Joining us in the studio for this Indie Rock Hit Parade live session is a group whose leader shares strong connections with a handful of IRHP favorites. Hailing from Los Angeles, Winter is fronted by singer/guitarist Samira Winter, who co-produced her new album, What Kind of Blue Are You?, with the prolific and versatile Joo Joo Ashworth. In addition to fronting IRHP veterans Froth, Joo Joo is the brother of recent guest Sasami Ashworth, who, along with Hatchie’s Harriet Pillbeam, is featured as a guest on Winter’s album.

Winter and her band showcase the new album in their first visit to our studio. Fusing the crunch of Britpop with a psychedelic swirl, “atonement,” “sunday,” and “crimson enclosure” strike the perfect balance of sweet melodies and heavy distortion.

Watch Winter perform “atonement” below via NPR Live Sessions. Listen to the full performance below, and check out some of John Vettese’s photos from the studio.